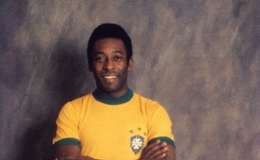 Pelé had been married three times and had many affairs before his death: The late football legend passed away at eighty-two on December twenty-nine!

Edson Arantes do Nascimento, more famously known as Pelé, lived one hell of a life. The beloved Brazilian footballer died after multiple organ failures on December 29. The sports world and fans worldwide have since been mourning the late icon's death, singing praises of Pelé massive feats and dissecting the unknown areas of his life. Throughout his decades-long career in the field, Pelé showed consistent flair and bettering technique and vision with each game. The footballer won three World Cups, earning himself the title of greatest footballer ever.

Pelé was born on October 23, 1940, in Três Corações, Minas Gerais. Edson contracted his adulated four-lettered name during his school days. He was 15 when he kicked off his imminent stellar career. At 17, Pelé was already a World Cup winner. A man of many accomplishments and sky-high goals, you wouldn't expect Pelé to achieve it all with a normal life away from the field. The football legend's agility wasn't limited to his playing style but also spanned his personal life.

Who Was Pelé Married to at the Time of His Death?

Pele's career always took precedence over his personal life, one thing the late football star couldn't commit himself fully to. Not to speak ill of the dead, but the football star was nothing short of a womanizer. In his self-titled 2021 Netflix documentary, the footballer admitted to cheating on his wives and committing infidelity so often that he had lost count. "In all honesty, it was. I’ve had a few affairs, some of which resulted in children," Pele said. 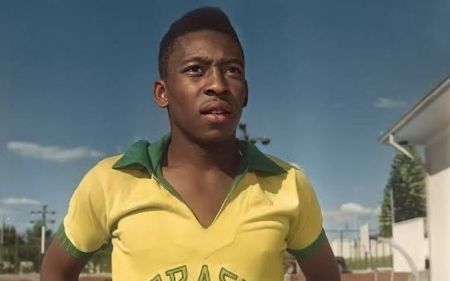 Pelé was seventeen when he won his first World Cup. SOURCE: Instagram

The Brazilian footballer was married to businesswoman Marcia Cibele Aoki at the time of his death. Marcia is of Japanese descent and best known as the late football icon's third wife. As the couple's romance and the marriage took place during Pele's last leg of the journey, most of their story remains a vague assumption. The pair reportedly crossed paths at a party in the 80s and formed a friendship, and eventually a relationship, after their subsequent encounter in 2008. The duo dated for six years before tying the knot in 2016. 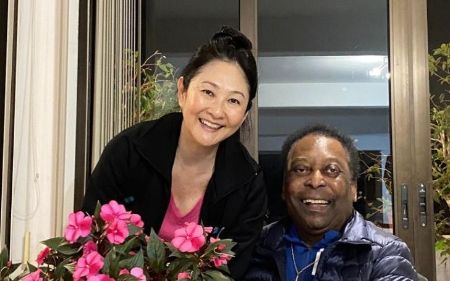 The footballer is survived by his third wife, Marcia Aoki. SOURCE: Instagram

Pele had fathered at least seven children with different women but didn't welcome any kids with his third wife. Marcia has adhered to a low-key lifestyle before and since her marriage with the footballer. The Japanese-Brazilian businesswoman remains tight-lipped as the world mourns the loss of her husband. Pelé was reportedly battling a prolonged health crisis and was admitted to Albert Einstein Hospital when he died on December 29. The footballer's daughter, Kely Nascimento, confirmed Pele's death on social media. "Everything we are is thanks to you. We love you infinitely. Rest in peace," she wrote.

Pelé popularly referred to football as "the beautiful game," a phrase he taught the world to believe in and apply in every field of their life. Although the football legend never spoke proudly of it, he did live an active and eventful personal life. The Brazilian footballer married three women, dated many, fooled around with a myriad during his heyday, and talked candidly of his straying habit. Pelé was married to his first wife, Rosemeri dos Reis Cholbi, for the longest time. 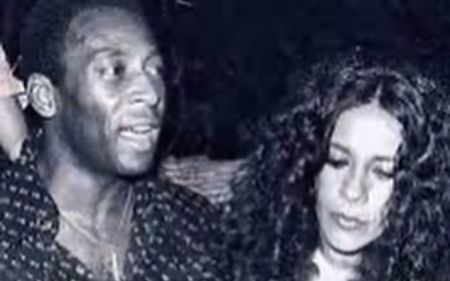 Pelé was married to Rosemeri dos Reis Cholbi for more than a decade. SOURCE: Instagram

The World Cup winner was in his mid-20s when he first delved into marriage with Cholbi. The pair tied the knot in 1966, and the footballer soon realized he had married too young. The couple welcomed their firstborn, Kelly Cristina, in 1967, followed by their son Edson's birth in 1970. Pelé's busy schedule meant that the footballer was mostly far from home, giving the hot-blooded athlete plenty of time to wander off.

The legendary footballer died due to multiple organ failure!

Pelé's frequent affairs and transparency about his infidelity plagued the duo's marriage, and they were on and off for many years before their final split in 1982. The pair had welcomed a daughter, Jennifer, four years before their split. The football star was embroiled in many infamous affairs while still married to Rosemeri, including with Lenita Kurtz, with whom he fathered his daughter Flávia Kurtz. 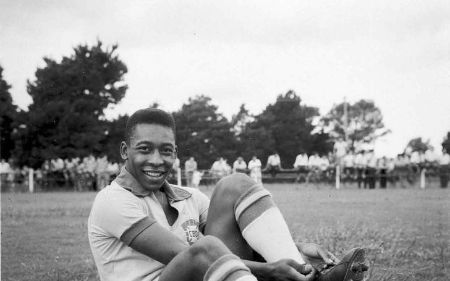 Pelé's most infamous scandal as an icon and a husband was when his affair with a housemaid named Anizia Machado got out after his affair child, Sandra Machado, fought for years to be recognized as Pelé's daughter. Sandra penned her story and her mother's affair with the football star in her book, The Daughter The King Didn't Want. Pelé married his second wife, gospel singer Assíria Lemos Seixas in 1994. The pair welcomed twins Joshua and Celeste in 1996. The duo quietly ended their marriage in 2008.