Home Article Political Pundit Kirsten Powers Divorced Her Husband Marty Makary in 2013. Is she dating anyone?

Political Pundit Kirsten Powers Divorced Her Husband Marty Makary in 2013. Is she dating anyone? 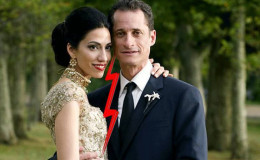 People think that rich and famous people has nice lifestyle with no problem. But sometimes it is not the case. Let us dive into the world of famous Political Pundit Kirsten Powers and know about her personal life.

A well-known columnist who is working for some of the major news agencies across the United States like, USA Today, The Daily Beast, Newsweek etc and also a contributor to the FOX News. She is none other than Kirsten Powers. Having an intellectual and charming personality, she is a popular Political Pundit all across the United States.

However, in her personal life, she has been involved with all kinds of men, from congressmen to surgeons. Power's recent husband was a renowned surgeon named Martin Makary who is a professor of public health at John Hopkins University. Kirsten and Martin got married on 2010 but they got divorced in 2013 as things weren't quite working well.

Who is Kirsten Powers?

Powers started her career in 1992 working in the Clinton-Gore presidential transition team. She has been active in this field ever since 1992.

Articles written by her are often published in many American journals and national daily. Born to archaeologist parents, she attended Maryland University and Georgetown University Law School.

Powers spent most of her early childhood as an atheist but love changes everything. As in the case of Kirsten, she converted into an evangelical Christian when she dated a religious Christian man. His name is not known, though.

Although Kirsten has been involved with many high-level men around the United States but not much is known about her personal life.

She started dating Former Congressmen Anthony Weiner in 2002. Even after their split, she remained one of his close friends.

Similarly, she even defended Anthony when he was accused in the sexting scandal in May 2011, but Kirsten later condemned his conduct and asked for his resignation.

She then married a renowned surgeon named Martin Makary. The couple dated for a while and later tied the knot in January 2010.

Makary is a well-known surgeon who is also a New York'sbest-sellingg author. He has also written articles for TIME, The Wall Street Journal, The Newsweek Magazine, and CNN.

Split Up from Martin Makary

After having a strong marriage for 2 years, things began to burn up between Kirsten and Martin and they filed for a divorce and were separated in 2013.

Nobody would have thought that the couple will ever split up. They were going so strong but what was the real reason behind there split up is still unknown.

After a divorce, Powers went through a bad phase and tweeted that "I made a mistake and am now learning from it."

Well, we just hope for Kristen's happiness and wish her to find a soulmate who will always love her no matter what.