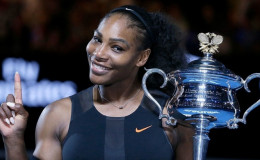 The 36-year-old Williams who gave birth to her baby last year made the big decision following the defeat during the last week's match at the Mubadala World Tennis Championship, but why? Let's find out!

Professional tennis player Serena Williams shared a heartfelt message on her Snapchat stating that she won't be part of 2018's Australian Open. The newbie mother wrote a statement on Snapchat stating,

"After performing in my first match after giving birth I realized that although I am super close I'm not where I personally want to be. My coach and team always said 'Only go to tournaments when you are prepared to go all the way.'With that being said I am disappointed to say I've decided not to compete in the Australian Open this year." 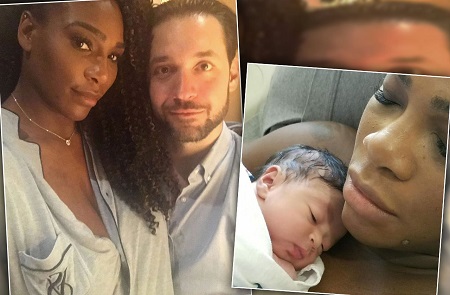 Serena announced her pregnancy back in April last year declaring that she would miss 2017 tennis season, promising to return back to the court in 2018.  She welcomed her baby girl, Alexis Olympia Ohania on September 1, 2017. Also, Serena's better half, husband Reddit co-founder Alexis Ohanian also took maternity leave to bond with their little girl. 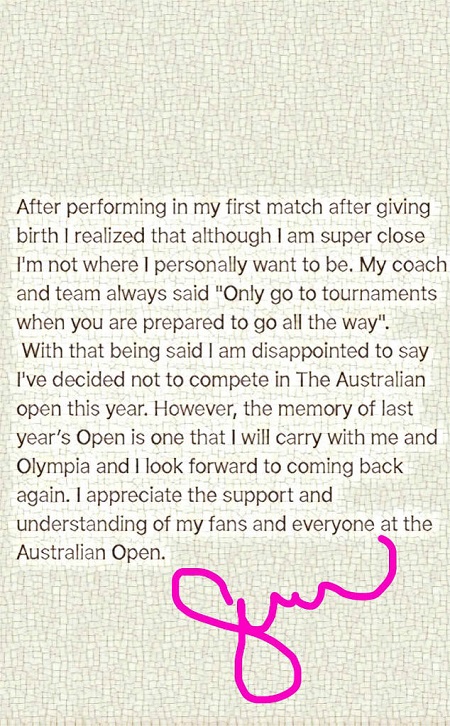 She eventually did but she suffered a loss during the last week's exhibition match at the Mubadala World Tennis Championship in Abu Dhabi.

Williams has not revealed why she's chosen to stay out of the game but it seems like she's still taking some time off to balance her family life. We wish to see her outstanding performance on the court soon.