Home Article Rapper 2 Chainz is living a blissful life with wife Kesha. Know about his married life and children

Rapper 2 Chainz is living a blissful life with wife Kesha. Know about his married life and children 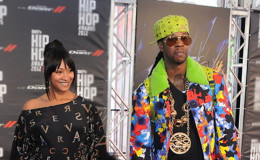 Even though 2 Chainz life has been surrounded by controversies but the rapper at least has the happiness of being a loving father and a husband.

Tauheed Epps also known as 2 Chainz, is an American rapper, known for being the one-half of the Southern hip hop duo Playaz Circle, alongside his best friend Earl "Dolla Boy" Conyers.

2 Chainz married his girlfriend Kesha Ward and has three children between them. The couple engaged in 2013 and then got married.

Despite his troubled past, 2 Chainz is now a renowned rapper, a loving husband, and a caring father to his children. Let us discuss him and his personal life in detail.

Rapper 2 Chainz Is living A Blissful Life With Wife Kesha Ward. Know About His Married Life And Children

2 Chainz proposed to his girlfriend, Kesha while they were attending BET HIP-HOP Awards in 2013. They already had their first daughter together at that time.

When he proposed to Kesha, apparently she didn't even hesitated and said I do. Later on, the duo tied the knot in a private ceremony.

2 Chainz and Kesha together share three children together, two daughters and one baby boy.

It seems 2 Chainz is still very mad for his lady love and he definitely wants the whole world know about his love and dedication. The rapper proposed his wife all again in May 2018!

The rapper went down his knees on the Met Gala red carpet and popped the question all again. It was quite an epic moment as the media and fans were busy taking snaps. 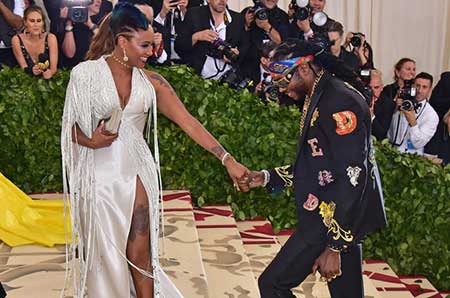 Later, the blessed pair posed for photos on the red carpet itself.

When asked about the surprise, Kesha replied,

"I’m so happy, I’m blessed and I’m so thankful to have this person in my life."

We can definitely say Kesha has his heart forever!

2 Chainz met Kesha during his underground rapping days and ever since they have been inseparable. Kesha has always supported him during his bad and good days.

In his college days, he used to deal marijuana and was arrested for the possession of cocaine when he was 15 years old. However, now he is a changed man as his wife Kesha has been taking good care of him.

Their key to success would be the everlasting trust, love, and care they have for each other.

Children Of The Blessed Couple

The couple has three children together. Two daughters named Heaven Epps and Harmony Epps and one son named Halo Epps.

The rapper also told about his daughter Heaven that she is very intelligent in an interview with Billboard. He said:

"[Heaven is] very intelligent and when she sees me on TV she sings, ‘Ride around and getting it,’ and does her own ad-libs. It’s just fun, man."

2 Chainz with daughters Heaven and Harmony, Source: Back Online

The rapper took it to the social network and announced that the couple was expecting a baby boy. They named their son Halo.

He even tweeted about the birth of his son. It clearly showed how happy he was.

In car geekin one gettin ready for the arrival of Halo

The couple posts regular pictures in their social media account.

Xmas program then off to NYC

The couple is raising a small and a happy family. They are getting the privilege to watch their children grow in front of their eyes.

One could never ask for a happy relationship than this. What do you guys think? 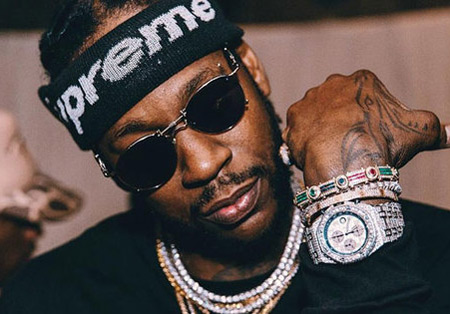 All in all, we wish this couples best wishes for their forthcoming and future endeavors.