Million Dollar Listing New York's Ryan Serhant-Married Life With With Of Two Years Emilia Bechrakis; How It All Started?

Million Dollar Listing star Ryan Serhant was one of the sought-after bachelors but upon his marriage, the actor sure became a husband goal for many.

Million Dollar Listing star Ryan Serhant was one of the sought-after bachelors but upon his marriage, the actor sure became a husband goal for many.

Today in this section, we're going to take a look at his personal life and know more about his wife and how she used to think he was gay during their first meeting.

Ryan Serhant's Married Life With With Of Two Years Emilia Bechrakis; What About Their Children?

Ryan Serhant tied the knot with the love of his life, Emilia Bechrakis in July 2016. They got hitched in an extravagant Greek Themed wedding. For those of you who don't know, Emilia is from Greek ancestry.

Prior to the wedding, the couple along with their guests did a festive celebration for weeks. The full wedding was initially planned by Kevin Lee. 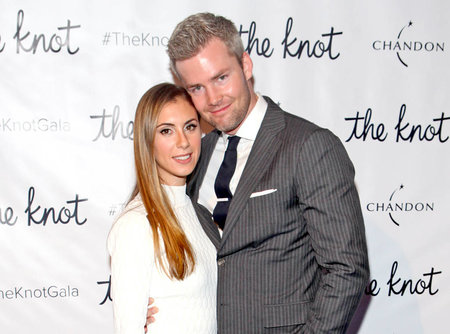 Ryan Serhant is married to his wife, Emilia since 2016
Source: E! News

All of the wedding guests were brought to the wedding destination via boat. Ryan's Mediterranean blue tuxedo was designed by VK Nagrani whereas his bride looked absolutely gorgeous in a strapless gown, designed by Romana Keve.

The full wedding was live telecasted in Million Dollar Listing New York: Ryan’s Wedding. According to Ryan, when he first met Emilia he already decided to wed her in a Greek ceremony, though, he himself had many ideas about the wedding.

The reception of the wedding later took place in a private villa Kanoni. Their wedding and reception took place after five years of dating. The couple first met in the year 2011, while both of them were attending a Jewish charity event.

But it wasn't always sunshine and rainbows for the couple as they went through a lot of commitment related issues. Ryan was not able to take out time from his career for his girlfriend, whereas, Emilia left out an opportunity of working in Geneva. But the couple finally overcame all odds and chose their love over anything.

Speaking of children, recently in an interview with Andy Cohen, Ryan stated his desire to become a father soon and increasing the size of their family.

Ryan Serhant And Emilia Bechrakis-First Meeting; She Thought Him To Be Gay

As we stated earlier, the couple first met in the year 2011, at first Emilia thought something else about him. She had an instant crush on him but contained her feeling because she believed he is married or probably gay.

Ryan took a liking of her as well and started calling her several times, albeit, she didn't take him seriously. She made him work to get one date with her and as they say, the rest is history. 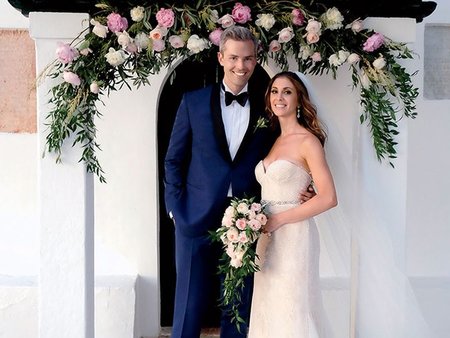 Ryan and his wife, Emilia first met in the year 2011
Source: The Knot

After dating, for around 4-years, the couple got engaged in the year 2011. His wife works as a Senior Sales Representative at Commonwealth Land Title Insurance Company. 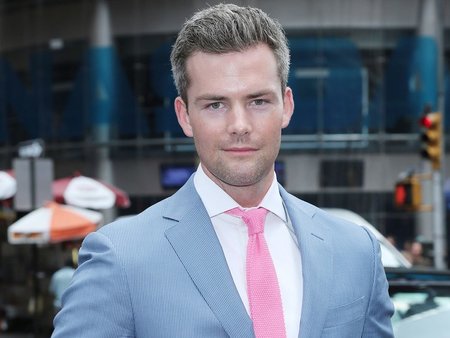