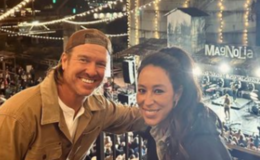 Joanna Gaines is an interior designer. In this article, learn all about Joanna and Chip Gaines’ elder daughter Ella Rose Gaines.

Joanna Gaines is an interior designer. Although she spent her childhood in Texas, she was born in Kansas. Her father was of mixed German and Lebanese ancestry, and her mother was of Korean heritage.

Before Gaines became famous, she earned a degree in Communications from Baylor University. After meeting her future husband Chip Gaines, with whom she shared a passion for architecture and interior design, they decided to launch their television show, Fixer Upper.

Joanna Gaines and Chip Gaines' elder daughter Ella Rose Gaines was born on October 20, 2006. The adorable photographs that Chip and Joanna have taken of their oldest daughter Ella Rose show that she is pretty similar to both of her parents. 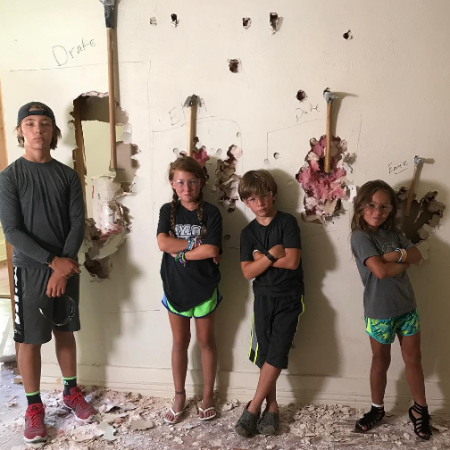 The Gaineses are the proud parents of five children. Ella makes it a point to be in the thick of things whenever she's doing anything, whether pitching in to help out on the farm or working on a project with her mom.

Ella's interest in photography was previously disclosed by Chip, as well. The expert in home improvement showed off a breathtaking picture of a sunrise captured by his gifted daughter. "I hope your morning is going well! Photo by: Ella," he captioned the picture on Instagram.

In October 2022, Joanna posted a social media video showing Ella's 16th birthday party preparations. Despite her best efforts, she could not hold back her tears as she watched the clip. She showed her living room decked out in pastel-colored balloons, gifts, and streamers in honor of Chip and her daughter Ella, who was turning 16 that day.

The video concludes with a tight image of a "Sweet Sixteen" banner in the background. Joanna wrote the caption, saying, "My lovely girl turns 16. When my daughter leaves for college all by herself tomorrow, I will do all in my power to suppress the urge to sob like a blubbering wreck."

Cancer in children is the most significant cause of disease-related death in children under 14. In addition, according to St. Jude Children's Research Hospital, around 43 children in the United States are diagnosed with cancer each day. 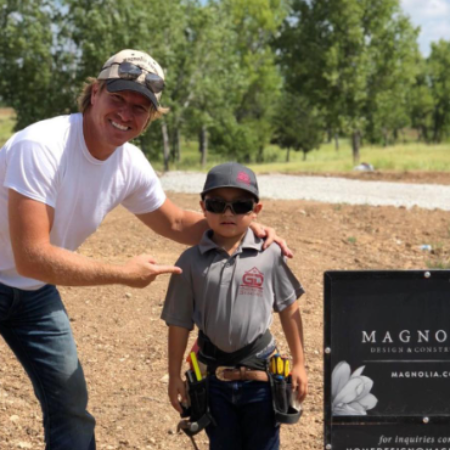 Joanna Gaines shared with her audience on social media that Ella Rose Gaines had a hand designing a shirt to raise awareness of the cause. SOURCE: Instagram

According to Cheat Sheet, the Gaines family is doing what it can to support the efforts of St. Jude's Children's Research Hospital and draw awareness to the organization's plight. In September, Childhood Cancer Awareness Month, Joanna Gaines shared with her audience on social media that Ella Rose Gaines had a hand designing a shirt to raise awareness of the cause.

Joanna captioned the photo, "Our daughter, Ella, designed this limited edition t-shirt to help raise awareness and donations for the children at St. Jude," and included a picture of the t-shirt.

However, this is not the first time that the pair has participated in a fundraising event in support of the children of St. Jude. Chip Gaines has been able to generate tens of thousands of dollars thanks to the fact that he occasionally lets his hair grow out and then cuts it. Joanna and Chip's net worth is $50 million.

In 2001, Joanna Gaines And Chip Gaines met for the first time in Waco, Texas, at a store that specialized in automobiles. When Chip entered the store Joanna's father owned, he noticed a picture of the family hanging behind the counter. He stated to Popsugar, "I knew I'd marry her one day just from the photo on the wall." 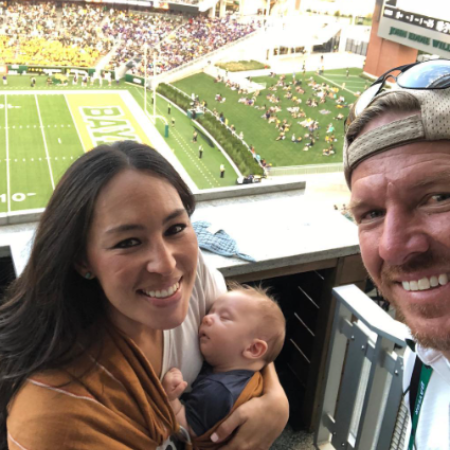 In 2001, Joanna Gaines And Chip Gaines met for the first time in Waco, Texas, at a store that specialized in automobiles. SOURCE: Instagram

Chip went to the mechanic to fix his brakes, and Joanna worked in the office then. This was the first time the two had spoken to one another in person. In 2002, the two of them decided to take their relationship to the next level and become engaged.

The lovebirds tied the knot on May 31, 2003, in Waco, Texas, at the Earle Harrison House, a historic home that Joanna mentioned looks similar to where they had their first date. Joanna initially assisted Chip in flipping houses, and almost as soon as they were married, the newlyweds purchased their first home together, which also served as their initial official flip.

In 2017, although Chip and Joanna's relationship appeared to be thriving on all fronts, there were rumors of a possible split. Chip responded with a tweet of his own, adding, "When a fan tweeted that they were sick of the stories, I tweeted back and said: "Won't ever happen! That is a guaranteed return on your investment! #loveOfMyLife."