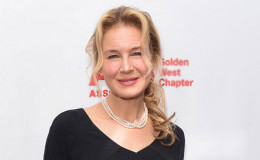 Renee Zellweger all set to play the role of Judy Garland in the Upcoming Biopic; She will be portraying the famous singer, her life to death; Also, see..

Bridget Jones Diary star Renée Zellweger transformed herself into late American singer Judy Garland for an upcoming biopic. In the biopic, she is going to portray the legendary singer.

Judy gave us the first look at the upcoming biopic when she shared a picture on her Twitter and to be honest, she is looking uncanny. 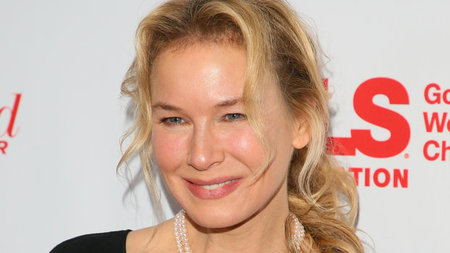 Renee is all set to play the role of Judy Garland in the upcoming biopic, "Judy"
Source: In Style

Zellweger will be portraying the Wizard Of Oz star Judy in the upcoming biopic. It will be directed by Tony Award nominee, Rupert Gold. The biopic will not only show her star life but the demons she faced towards the end of her life.

In her new avatar, she is sporting Judy's iconic, brunette pixie cut. She also wore a black floral dress as she sings in the microphone.

The biopic is set in 1968 London, where Judy performed the iconic sold out shows. Renee will be playing the lead role whereas Rufus Sewell will be playing Judy's ex-husband, Sidney Luft.

Singer Judy died of barbiturates overdose in 1969 and she was only 47 at the time of her death. Her fifth husband, Mickey Deans found her dead at her London Apartment's bathroom.

She is the mother of three children, Liza, Lorna, and Joey. 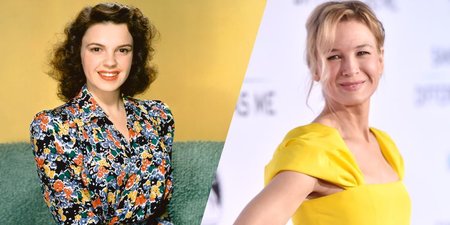 Renee will be playing the role of Judy Garland
Source: Harpers Bazar

Renee won't play the role of a singer for the first time as her work in 2002 musical, Chicago gave her an Oscar nomination. She also performed in the film Down With Love.