Home Article All of Rod Stewart's Wives: The British Rockstar Is Married to Penny Lancaster

All of Rod Stewart's Wives: The British Rockstar Is Married to Penny Lancaster 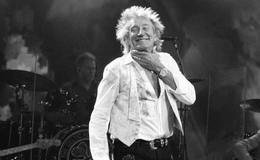 Rod Stewart has been married three times and dated many: Inside the British rockstar's lengthy relationship history! Complete story here!

A revered iconic figure in his native Britain, Rod Stewart is a singer-songwriter. Deemed one of the greatest and best-selling artists of all time, Stewart's career spans six decades and shifting genres, including disco, blue-eyed soul, and of course, his niche, rock. Stewart's legendary feats and accomplishments are beknownst to the world, and tales of his liaisons with women back in his heyday were also once the go-to subject for gossip tabloids.

Sir Roderick David Stewart was born on January 10, 1945, in Highgate, London. The rockstar had a humble beginning as a busker. It was also in his early career that the budding rockstar adopted the Mod lifestyle, a subculture that was born in the late 1950s. Hence it is no surprise that Stewart is still recognized for popularizing the oblivious subculture, now practiced on a smaller scale worldwide. Rod has been married three times and shares children with multiple exes.

The Grammy-winning singer has been happily married for more than a decade, so it's safe to say that Stewart is settled in his life and is way past his dally-around days. Rod is in his third marriage with former model Penny Lancaster, with whom he shares his two youngest kids. The Never a Dull Moment hitmaker admits being a philanderer, and meeting Penny in his 50s changed his perspective on love. "I met Penny in my 50s and if I had not learnt by that point in my life I was never going to," the singer said. 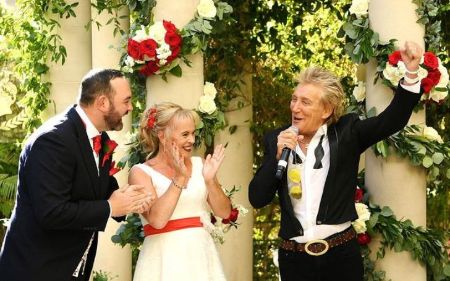 Lancaster was then an aspiring photographer and Stewart, a rock icon when she nabbed a chance to photograph the rockstar in one of his concerts. Stewart was fresh off his second divorce yet still accepted Lancaster's phone number. But it was only after six months of waiting and healing that the Grammy winner dared to ring Penny's number. The pair started dating in 1999 and have been inseparable since. The twosome tied the knot in June 2007 in Portofino. Stewart and Penny's marriage hasn't been without bumps and brief split.

The rockstar opened up about a short breakup the couple went through. Stewart describes the period as heartbreaking and eye-opening. "Penny and I broke up for two weeks and the song is about that time," says the Grammy winner, referring to his album, Time. The singer adds, "I asked her for a photo of herself in a frame so that I could see her when I went to bed and when I wake up." As per the Rhythm of My Heart crooner, there aren't many secrets to a happy marriage.

The Stewart couple gets candid about how they first met!

"Every night we have a kiss and a hug," Stewart explains, adding, "that always doesn't lead to sex but it's still lovely. When I'm away from her for a long time and I don't get a hug, I really miss it." The long-married couple shares two kids; their firstborn, Alastair Stewart, 17, was born two years before their wedding in November 2005. The couple welcomed their second, Rod's youngest, Aiden, 11, in February 2011. 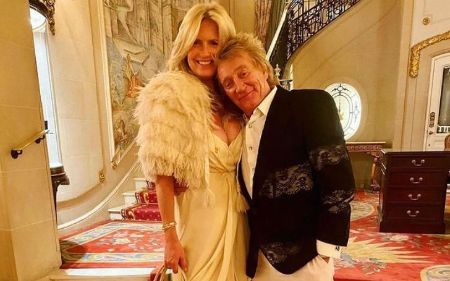 Famously known as the rockstar's wife, Lancaster's profile includes various credits that make her a star in her own right. Aside from her early stint in modeling, Penny is also a household face as she has been a regular presenter on the British talk show Loose Women. She made multiple guest appearances on shows and competed on Strictly Come Dancing in 2007. Lancaster's latest credit includes the documentary Famous and Fighting Crimes.

Before delving into marriage, Stewart became a father as a teenager. The rockstar had a fling with an art student named Susannah Boffey, who inspired a few of his early hits. The couple's brief romance resulted in an unexpected pregnancy, and so was born Stewart's eldest, Sarah, adopted by Evelyn and Gerald Thubron. The father-daughter reconnected years after Evelyn's death. Rod's first wife was actress Alana. The pair tied the knot the same year Alana gave birth to the couple's firstborn, Kimberly, in 1979. 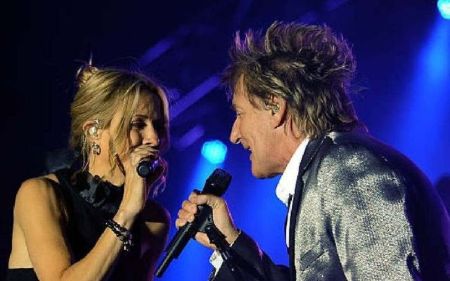 "When I told my dad I was getting married, he said, you're far too young," Stewart recalled. The Brit adds, "he was right. I still had a lot of living, partying, and drinking to do." The pair welcomed their son Sean Stewart in 1980 before calling it quit in 1984. Admitting to being unfaithful to his first wife, the singer says, "I haven't treated women badly, but am not proud of the way I've broken up relationships. I was a real coward."

Stewart started dating his second wife, New Zealand model Rachel Hunter after meeting her at a club in 1991. Rod and Rachel tied the knot within three months of their dating bliss. Hunter, who is 26 years younger than the rockstar, gave birth to their daughter Renee in 1992 and a son named Liam in 1994. Stewart was left rubbing his eyes in disbelief and, above all, heartbroken when Hunter walked out on him in 1999. 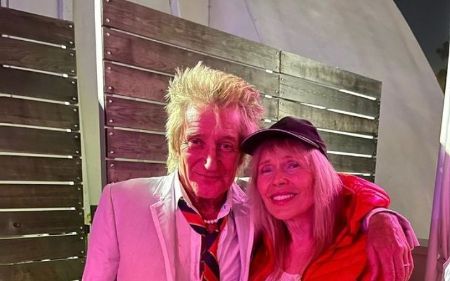 Rod Stewart is a father to eight children. SOURCE: Instagram

"I couldn't believe it," said the rockstar following his split from Hunter. The Grammy winner explains, "I was a rockstar. You don't dump a rockstar. It knocked me for six. It was a huge shock." The Brit later revealed their striking age gap played a massive part in their split. "She was 21 when we married and a mum a year later. My sister told me she was too young for me as we were walking down the aisle and she was right."

Apart from his two failed marriages, Stewart dated many women, including Britt Ekland, Dee Harington, Jennie Rylance, and model Kelly Emberg, with whom he shares his fourth kid, Ruby Stewart.