Home Article Rosie Rivera is Married to Abel Flores, see her Relationship with husband and her story of dealing with a Sexual Abuse

Rosie Rivera is Married to Abel Flores, see her Relationship with husband and her story of dealing with a Sexual Abuse

American television personality Rosie Rivera gained immense popularity as soon as she got an opportunity to appear in the reality TV series 'Rica, Famosa y Latina' in 2014.

I Love Jenni star is happily married. She tied the knot to Abel Flores and the couple shares two children, daughters. To know more about the couple's relationship stay with us!!!!!!

Rosie barely talks about her personal life in public and has managed to live a very private life with her husband and children. After dating for a few years she exchanged vows with Abel in 2011. 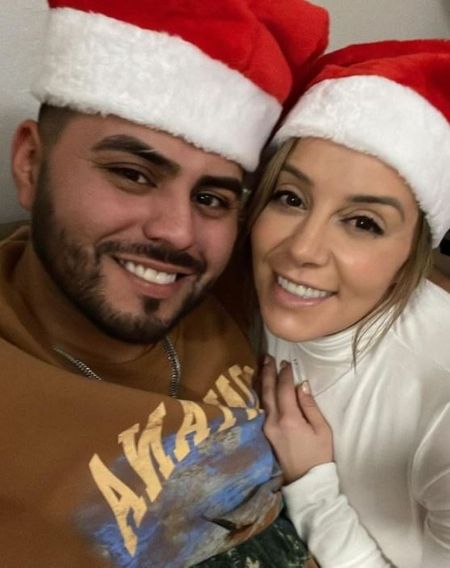 Rosie Rivera and her husband Abel Flores have been married since 2011. SOURCE: Instagram (rosierivera)

The couple is also gifted with three children together including a daughter named Samantha Chay Flores, and a son named Elías Flores. Besides Samantha and Elias, Rosie is also a mother to another child, her eldest one, a daughter who goes by the name Kassandra Rivera.

Rosie shares her eldest child who was born in 2003 with another man who is possibly a former romantic partner. Not to mention, Rosie also doesn't share pictures of her eldest child on Instagram as she does of her two younger ones. 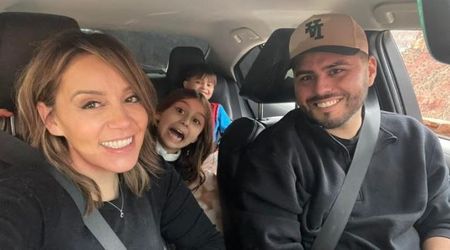 Every relationship has to face some difficulties...and a real relationship always has tears, fights, arguments, secrets, jealousy and also trust, honesty, patience, faith, Love. The current CEO of Jenni Rivera Enterprises and her husband also faced some serious issues after the death of her legendary sister Jenni.

It is said that Abel frequently threatened her with divorce and their marriage faced real trouble but they did not give up on each other. After all, they sorted out all their problems and are still together with much more love and respect for each other. She has shared her experience via the book she published in the year 2016.

Once Sexually Abused by Brother-in-Law

The youngest of Rivera's siblings finally revealed the sexual abuse by Jenni's husband. It was the time when she went on totally blank; was not able to understand what was happening that led her to be an addict to drugs and also tried several suicidal attempts.

Despite all those, she managed to free herself from the pain and started a new journey of her life. We have to appreciate Rosie as she dared to disclose the moments.

She published her first book 'My Broken Pieces: Mending the Wounds from Sexual Abuse through Faith, Family, and Love in 2016 which included the story in detail.

She is now the role model and spokesperson for many young women who are sexually abused. She shared her experience for people to overcome the pain and be strong women. They should know that it is not their fault.

For more updates and current gossip of celebs visit our official page only on Married Wiki.