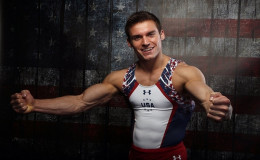 Wanna know if Sam Mikulak is dating a girlfriend?? Know about his love affairs and relationship here along with his career.

Sam Mikulak, the famous American gymnast is all set to compete in FIG World Championships where he will be a part of the six-man group, post-injury in October 2017 in Montreal.

Mikulak the member of U.S men's gymnastics team is currently dating Mia Atkins and the couple seems pretty serious about each other. To know more about them and their relationship stay with us!!!!

Mikulak is currently enjoying his relationship with Mia Atkins; the former Cronkite News Reporter. The couple started dating since September 2016 and is almost inseparable since then.

Both of them seems to be in a deep love and those cute posts on their social media definitely support our statement. Have a look!!!

Happy 22nd Birthday to my partner in crime! I love you and wish I could spend this day with you ??

Been a while since I've felt truly at home ????

They are such relationship goals. Most recently Mikulak shared a cute post on Instagram wishing his girl valentine's day with a heart-melting caption.

Prior to Mia, he was having an affair with Michelle Roberts, Sports Director at USSSA Midwest Network. In 2013, Mikulak revealed his relationship with Michelle as per his statement:

"I am currently in a relationship with Michelle Roberts who is on the Michigan field hockey team." 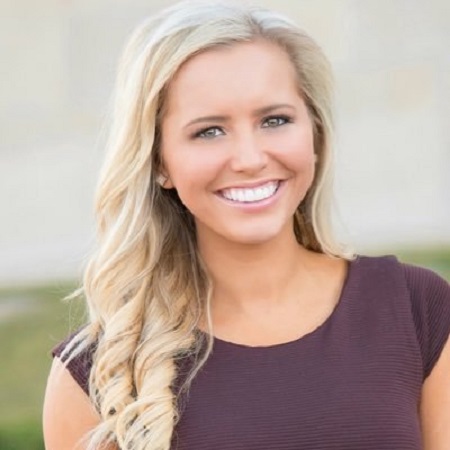 But the relationship could not last long and they broke up. Later in 2016, Sam was linked with Anissa Ciani, a graphic designer, however, that relation also couldn't last long.

Sam also loves traveling, in one of his interviews shared on NBC's official Olympics, he said:

"I love traveling to new places. My favorite place I've been is Cinque Terre, Italy."

"I went to visit my girlfriend who was studying abroad and a couple friends came along with me. It was a really sunny day and we hiked up these amazing mountainside cliffs to the most colorful towns where we had great meals and lounged in the sun in good company."

As of now, they are enjoying their relationship and is not thinking about marriage but we do hope to see them walking down the aisle very soon.

Sam started his career as a member of the Michigan Wolverines men's gymnastics at the University of Michigan and won the individual all-around title in 2011's NCAA Men's Gymnastics championship scoring 90.75.

The silver medalist of 2011 Winter Cup Challenge vault, Sam was selected for the US men's gymnastics on July 1, 2012, for 2012 Summer Olympics in London.

Mikulak who acquired the 5th position in U.S vault became the 2012 NCAA high bar champion and all-around silver medalist in the same year.

Here is a video of Sam competing in 2012 high bar championship.

Later in 2013, Sam participated in U.S championship and placed himself in the first position and in 2014 he got the bronze medal in the men's individual championship while competing in World Championship.

They told me it was Olympic Day #OlympicDay #TeamUSA

Sam after recovering from the injury will now compete at the 2017 FIG World Championships in October.

The ticking time bomb of my achilles finally went off ???? pic.twitter.com/ VmdaCRc9ss 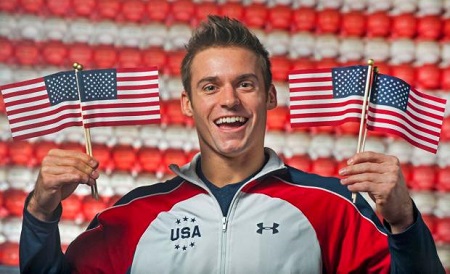