Home Article Savannah Chrisley and Blaire Hanks are dating since 2015. Are they getting married?

Savannah Chrisley and Blaire Hanks are dating since 2015. Are they getting married? 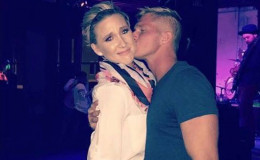 Savannah Chrisley and Blaire Hanks were dating since 2015 and doing fine. The couple was seen together in various events and Award function. A few months back, there is conflict in between their relationship. So, they call it quit.

Savannah Chrisley and Blaire Hanks are undoubtedly one of the cutest couples in the Hollywood. Today we are here to talk about the relationship of Savannah and Blaire.

They have been dating for about two years now and people are expecting lots of things from their on and off relationship. Are they getting married? or we have to wait still longer to see them as a husband and wife. Let us find out.

Savannah Chrisley and Blaire Hanks were dating since 2015 and the couple was also seen together in various events and Award function.  A few months back, there is conflict in between their relationship. So, they call it quit.

However, a few months back, because of their personal problems the couple broke up. It was hard for them as well as their fans.

Well, love is the most powerful feeling in the world which might be the reason that they are once again got back together.

Chrisley explained how much Blaire means to her. She said 'Blaire does give her everything a girl wanted from her boyfriend, she’ll be forever thankful for that. She believed Blair has healed the part of her and also makes her so alive and loved.'

A few months back, she revealed that her boyfriend was married before getting into a relationship with her.

It's hard at times but all we wanna do is break out of the mold and be who God intended us to be...TOGETHER! @blairehanks

A photo posted by Savannah Faith Chrisley (savannahchrisley) on May 8, 2016 at 5:46pm PDT

Prior to Chrisley, there was someone in the life of Blaire. He was married to a girl named Brittany. They were high school Lovers and later turned their relationship into a marriage.

Both of them were young and were focused on their career, both wanted to be a country singer and both also signed to a record label, but unfortunately, Brittany was dropped from it.

From that incident, the conflict began in their relationship and they got a Divorce. Though, they are not together she still shows up at his concert.

Blaire moved on from his past life and is doing fine with Chrisley. However, Brittany’s mom posted a negative comment on a picture of Blaire.

After that, Chrisley went on to twitter and posted something negative but later on she deleted the message and asked for an apology to all her fans via Twitter.

"I was definitely wrong in putting what I did on social media and not representing myself in the best manner.’

From my heart to yours... pic.twitter.com/LHVQGFaHAc

Chrisley apologized in front of her fans and it seems like she has learned a lesson and won’t be sharing anything like that in social media.