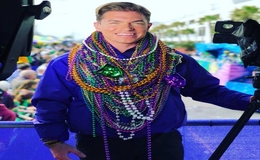 Shaun Kraisman takes his career seriously. Since he embarked on his journalism journey, Mr. Kraisman has worked continuously to serve the respective field. But, how much wealth has Shaun who is so sincere to his work accumulated?

A man meant for his career, he is Shaun Kraisman. And, over the years, Kraisman has come such a long and impressive way as a host, news anchor, and a reporter as a whole. Defnitely, the Newsmax TV anchor was born to be a journalist and journalism is just a Shaun thing. 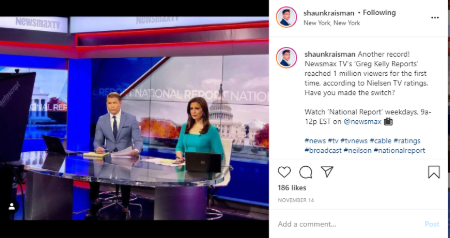 And, since he was ambitious about his career from an early age, Kraisman decided to pursue a Bachelor's degree in Communication from the College of Charleston. Kraisman, in addition, also has an Associate’s Degree in Radio/TV Broadcasting. And, Kraisman immediately started off his career as soon as he got his certificate.

Kraisman then filled in the multiple positions at Charleston, South Carolina by working as a news reporter, photographer, production assistant, and audio director. Not to mention, Shaun in his mid-twenties was also working as a Sales Consultant.

To state a fun fact, Kraisman, a passionate singer even auditioned for season 11 of American Idol where he was dubbed as the doppelganger of Ryan Seacrest. He was 26 then. Unfortunately, Krausman couldn't make it, and he accepted singing wasn't for him. Kraisman then worked hard towards his hosting and news reporting career.

Along the way, Kraisman then bagged a job as a constant four times host for the Miss Illinios State Competition. He also had the privilege to fulfill the position of a guest judge for the Miss Capital City competition in Atlanta.

In 2020, Shaun Kraisman bagged a big opportunity work for the New York-based Newsmax TV as a news reporter for National Report. But, of course, he endured lots of struggles and worked hard to achieve here. 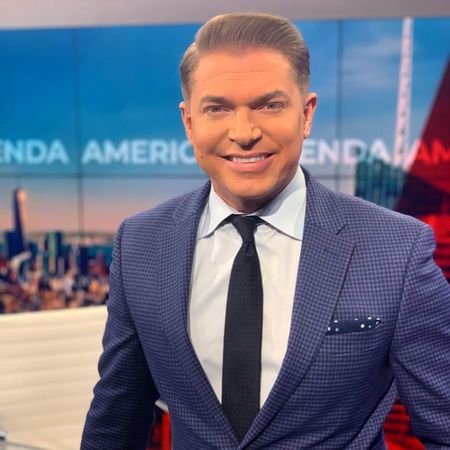 Prior to Newsmax TV, Kraisman worked for Dayton Ohio based WDTN's Living Dayton as a host, for Fort Myers, Florida as a noon anchor, and for New Orleans as an evening anchor for almost four years from 2016 - 2019.

And, after his efficient performance and capabilities, Kraisman had the honor to fly to Seoul, South Korea for the Far East Journalism Conference to teach broadcast journalism for high school students seeking to pursue journalism as their profession.

Throughout his career, Kraisman has been nominated for the regional Emmy awards twice for the category of Best Newscast, an achievement he is super proud of. Well, full-time news reporters in the States can earn anywhere from $30,000 - $45,000 on average.

As for Newsmax TV employee, the journalist can be expected to make an annual income of no less than $91,965. Kraisman can be assumed to make in the same range with an impressive salary and a net worth of more than $200,000.