Home Article Find out the boyfriend of Taylor Momsen. Know about her relationship and affairs.

Find out the boyfriend of Taylor Momsen. Know about her relationship and affairs. 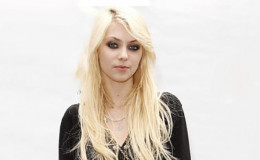 Taylor Momsen is currently single or so it seems. She had her fair share of affairs with celebrities, but does she have a boyfriend or is she single ?

Taylor Momsen is an American singer, songwriter, former actress, and a model portrayed famously known for her role in CW's teen drama called Gossip GiportrayedShe the role of Jennifer Humphrey. A superstar like Taylor are always in the news because of their fame and unusal good looks. Everyone wants to know about her current boyfriend or if she is seeing someone. According to her, she is currently married to her guitar.

Taylor was born in St. Louis, Missouri, USA to Michael Momsen and Collete Momsen. She has a younger sister as well. Taylor has a Russian ancestory. Taylor was raised as a Roman Catholic but she said that she is not a religious person. She began her acting career in a very small age of 2 when she did an advertisement of FORD Motors.

Then again after separating from Chace Crawford she was seen together with English actor Skander Keynes in 2008. Their relationship was confirmed when they were spotted together getting cozy with each other and dancing. Although neither of them confirmed the claims.

In 2010, there was another rumor surrounding Taylor that she was dating Jack Osbourne. She was spotted with him together in LA when Taylor was visiting LA for some reason. It was also said that the couple are hanging out in a low key places and finding many things in common with each other.

In 2010, she was dating Paul Weller's son Natt. Natt has already introduced Taylor to his family and friends. They were spotted first in backstage of Wireless Festival in London's Hyde Park together.

Taylor and Natt were starting to have a good time. An reporter of Daily Mirror newspaper said that "Natt has taken Taylor to Paul's home to meet his family and friends. They all had a big dinner together."

Is Taylor currently seeing someone ?

Taylor have millions of fans all around the globe and the majority of them are boys. Now its a dream for every guy to date a beautiful girl like Taylor but it is more of a pipe dream really. Everyone wants to know if Taylor has a boyfriend.

She also added that she wants to raise a family and have kids together.