Home Article Spiderman star Tobey Maguire steps out in New York City alongside a mysterious Brunetter; Is he Dating?

Spiderman star Tobey Maguire steps out in New York City alongside a mysterious Brunetter; Is he Dating? 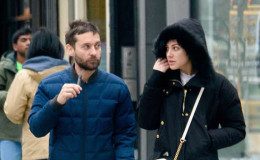 Spiderman star Tobey Maguire Dating as he steps out in NYC with a Woman; The actor is not Dating someone after his Divorce with Wife Jennifer Meyers; He filed for Divorce with Wife Last Year in 2017; Also, see..

Actor Tobey Maguire casually takes a stroll at the Big Apple whilst accompanied by a beautiful brunette.

Back to the Dating scene!

American actor Tobey Maguire was recently spotted with a mysterious brunette as he stepped out in New York City taking a casual stroll.

Many onlookers are guessing he is back to the dating scene and the couple looked comfortable with each other. 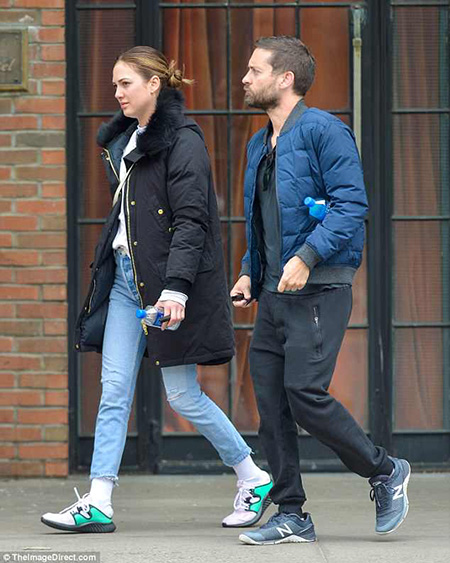 Tobey and an unknown female companion while the duo was taking a walk in NYC
Source: Daily Mail

The actor was looking relaxed as he sported a neatly trimmed beard. The cold weather was showing it's effect as he wore a blue padded warm jacket and black sweatpants.

The actor who became famous for his role in the Spiderman Trilogy from 2002 to 2007, filed for divorce with wife, Jennifer Meyers last year.

The duo was married for 9-years before calling it quits. It's been around 6-months since he got separated from his wife and looks like he has already found a potential girlfriend.

Tobey was also accompanied by a gorgeous lady. Just like Tobey she also wore a casual black coat along with jeans and athletic shoes.

They didn't get involved in any type of PDA so it's safe to say they are still at the begining phase of their relationship. The actor is yet to disclose any information regarding his relationship with the brunette.

After divorce with wife, Tobey is remaining low-key. Though he and his wife still remain good friends and continue to co-parent their two children, Ruby Sweetheart Maguire and Otis Tobias Maguire.