Home Article Stand-Up Comedian Carly Aquilino is not dating anyone: Once dated actor Chris Distefano: See her past boyfriends, relationships, and affairs

Stand-Up Comedian Carly Aquilino is not dating anyone: Once dated actor Chris Distefano: See her past boyfriends, relationships, and affairs 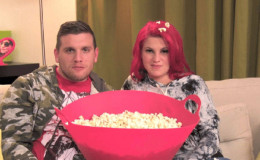 If you all are regualar viewers of the popular MTV comedy series "Girl Code" then, Carly Aquilino sure rings a bell, infact, a melodious bell. She is the gorgeous American stand-up comedian and a talented TV host and actress.

If you all are a regular viewers of the popular MTV comedy series "Girl Code" then, Carly Aquilino surely rings a bell, in fact, a melodious bell. She is the gorgeous American stand-up comedian and a talented TV host and actress.

The 26-year-old actress who is the cast member of MTV's hit show "Girl Code." is well known among the teenagers with her trademark "Red Hair", which looks fabulous on her. The rising star and actress undoubtedly has a long line of men, going crazy over her, but who's the lucky guy that's dating her?

If you want to know all about the sexy host then keep reading.

Carly and Chris are everyone's favourite couple on screen as their chemistry, the connection and the comic timing of both actors is simply amazing.

The couple met back in 2012, while auditioning for the popular MTV series "Girl Code." Starting off as best friends, their relationship got stronger and deeper. 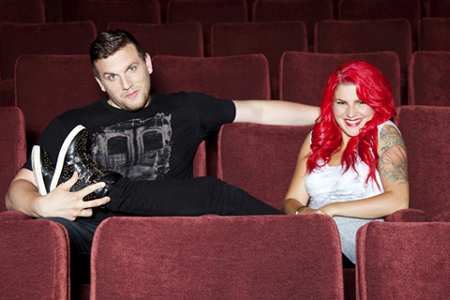 Rumors were already spreading like a wild fire on the media that they were secretly dating and the duo, too, confirmed the rumors and were pretty much open about their relationship. 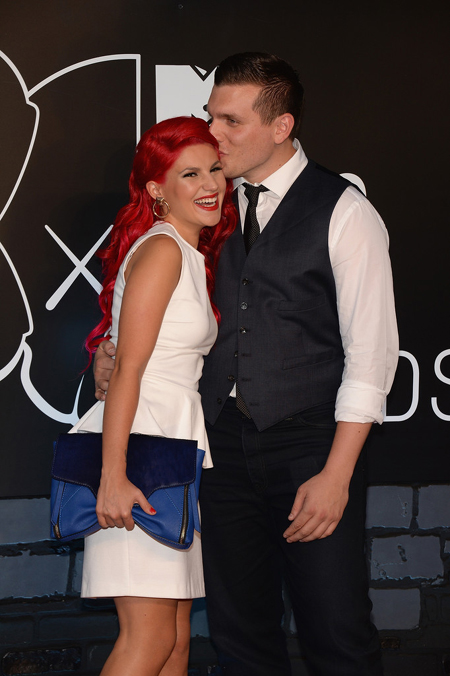 As good things never last, the two split in 2014, but without announcing their split publicly. Sources reported that the pair who seemed inseparable and spotted almost everywhere together, suddenly stopped going out together.

The red-haired comedian and her boyfriend Chris both didn't post any pictures of them together on their Instagram pages and the ones in which both of them were cuddling and hanging out together has also been removed by both the stars.

Not only that, as per The Online Rocket interview with students from Slippery Rock University in Pennsylvania, the duo confirmed the fact that they're no longer together, addressing that they're, despite everything, still close friends.

Bustle.com reports that the sexy host and Saturday Night Live's youngest actor, 21-year-old Pete Davidson have been dating since 2015. 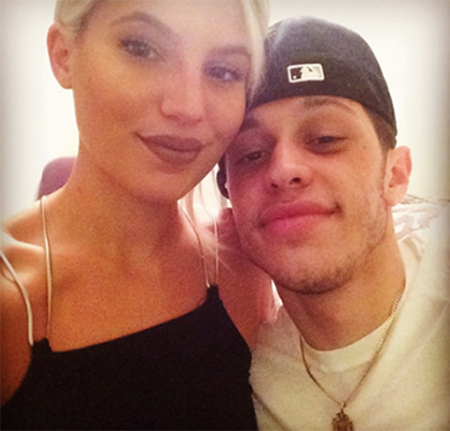 The "Girl Code" star also tweeted a post about her boyfriend in August of 2015, which has, however, been deleted.

She wrote," You know your boyfriend is younger than you when you tell him you want to go to Japan and he says "just go to Epcot." 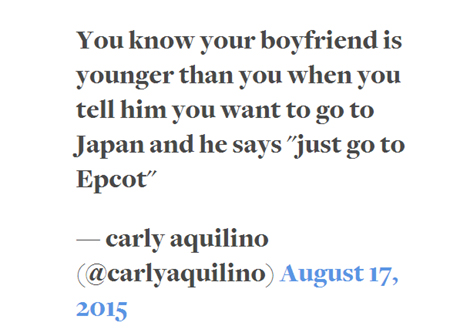 With their new relationship, the duo looked really happy, enjoying each other's company. 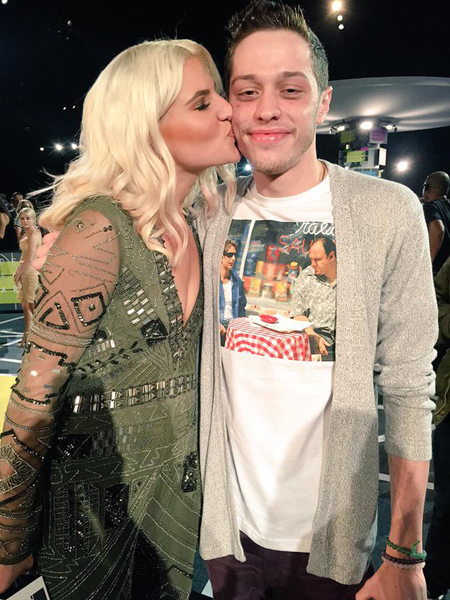 Also, in an interview with TV Insider in June she shared all about her life with beau Pete. She quoted,

"It's just good to be best friends. We get along really well and that's the advice I would give to anyone in any relationship.”

If you want more cute pictures of Pete and Carly together, follow the link here.

The adorable duo, however, separated in 2015, as reported by inside sources. Not only that, Carly has removed all the pictures of her with Pete from her official IG page. What a loss!!

Here's a video of Pete Davidson on Hot 97 FM talking about his girlfriend, parents and altogether everything. Must watch!

Carly Aquilino is back in the market 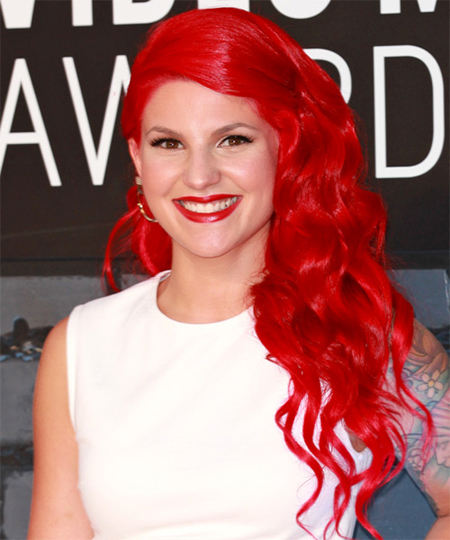 Let's say it's a good news for all the guys but bad news for Pete and Carly's fan. After breaking up with Pete and former boyfriend and co-actor David, Carly is back in the singlehood and enjoying it to the fullest. 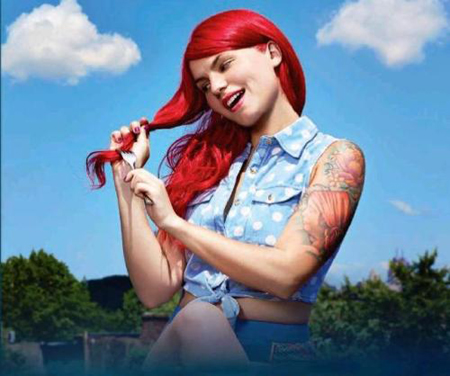 Even if she is dating, she would definitely let her fans know and be proud of it, but lately, she hasn't posted any pictures of her with "her man", so its confirm that she's single.

Her ex, Pete, on the other hand, has moved on and has started dating new girlfriend Cazzie David. Cazzie is the daughter of professional enthusiasm curber Larry David.

As for now, the rising star Carly, whose net worth is still under speculations, is doing well in her career and super busy filming the MTV series, going on long vacations with her friends and living her life like a dream.

ok California I c u

#Halloween is coming up! ?? Avoid a scare (see what I did there?) and know your options when it comes to emergency contraception. @nessnitty and I will be at #OregonState today @hcoregonstate to spread the good word. Check out @perfectlyimperfect for more info and the deets you need to stop by if you'll be in the area! ?? #perfectlyimperfect #sponsored

All in all, we really hope that Carly soon finds the man of her life and settle down starting a happy family of her own.