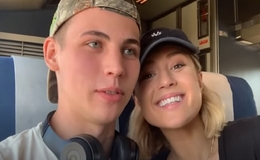 Tanner Buchanan has grown up and he isn't the little boy fans remember watching him on Modern Family or Grey's Anatomy. Now, in his early twenties, Buchanan is mostly known as Robby Keene on Netflix's popular series, Cobra Kai and Charlie Gardner on Girl Meets World. But, is the handsome lad dating anyone?

Tanner Buchanan Rumored To Have A Secret Girlfriend

American actor Tanner Buchanan is winning thousands of girls' hearts for his lead role on Cobra Kai as Robby Keene. And, before you know it, your girl might be the next one among them. But, to answer your curiosity, is Buchanan in a relationship with anyone? 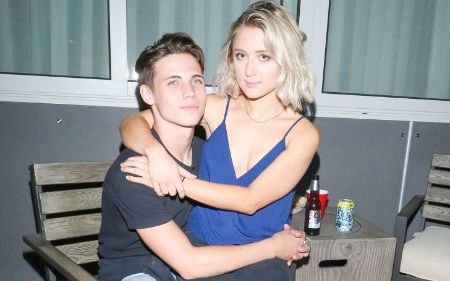 Buchanan likes to keep everything lowkey, be it his love life or anything that concerns his personal affair. Even when Buchanan was romantically linked to this mysterious woman as his potential girlfriend, Buchanan still chose to keep his lips sealed.

But, what do we know so far about Tanner's alleged romance? Well, the Ohio-born actor was reported to be dating aspiring actress Lizzie Broadway with whom he was spotted publicly several times.

Not to mention, Buchanan and Broadway were also photographed walking hand in the streets in 2019. The lovebirds were even pictured caught up in PDAs. However, neither Tanner and Broadway could be bothered to share anything about their relationship on social media.

But, to our surprise, as of January 2021, Buchanan and his gorgeous girlfriend still follow each other on Instagram. Clearly, the young actors don't want public attention and want to save their relationship from media scrutiny.

As the actors have never addressed their relationship, it's also kind of hard to track if Tanner is still dating Lizzie in 2021. But, as the two are still mutuals on Instagram, it might suggest they might be still together and going stronger.

On the other hand, Buchanan has also been romantically linked with co-stars Mary Mouser, but the duo stated to be good friends only.

Rising star Tanner Buchanan started off his acting from his early days as a child actor. Passionate about acting, dancing, and the movie industry, Buchanan was active in school plays and decided to pursue acting from a young age of five. 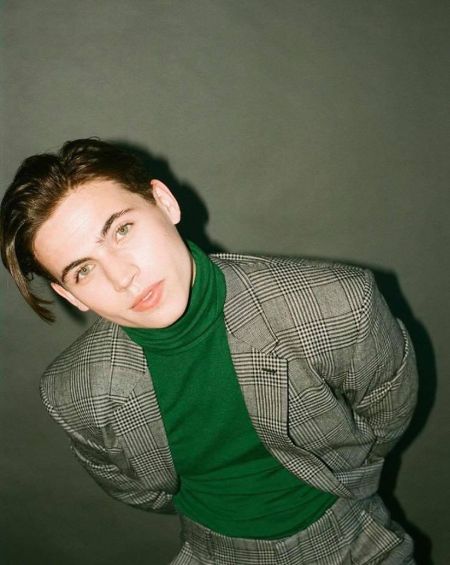 Thankfully, his parents agreed and supported his dreams. And, his acting journey hit the jackpot, when Tanner was accepted for a supporting role in Modern Family in 2010. And, since, Tanner has made progress by making appearances in plenty of other movies and TV series.

In addition to his career, Buchanan played Lucas in Grey's Anatomy alongside other projects including Designated Survivor, Major Crimes, The Goldbergs, Game Shakers, Fuller House, Deputy, Chance, Anything, The Heyday of the Insensitive Bastards and Jake Squared among others.

Currently based in Los Angeles, Buchanan is originally from Lima Ohio where he attended Glandorf Elementary School. FYI, Tanner was previously in a band called Progressive Death Metal. Buchanan's hobbies include traveling, metal music, and photography.

Blessed with an extremely good-looking figure, Buchanan who stands at a height of 5 feet 6 inches flaunts mesmerizing Blue eyes and matching dark air. Tanner, in addition, celebrates his birthday on 8th December and is currently 22 years old and turns 23 in December 2021.

See more news and gossips only on Married Wiki.