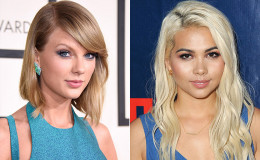 Taylor Swift Defends Hayley Kiyoko After She said Taylor Sings About Men in Every Song; In an interview with Elle 2017 magazine she called her unoriginal; Also, see..

Taylor Swift defended Hayley Kiyoko after her remark against the Delicate singer regarding her music.

Calling It a Truce!

Taylor Swift defended the Gay singer Hayley Kiyoko after she became infamous from the comment she made against Taylor.

She became the victim of the social media trolls but then Taylor came to her rescue. 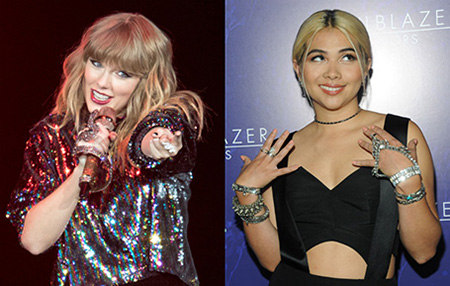 She stated in an interview Taylor's song are always focused on men. The comment wasn't taken lightly by Swifties as they thrashed Hayley all over the social media.

In an interview with Elle back in 2017, Hayley showed her frustration with the current trend in the music industry, and stated,

"I’ve had several music industry execs say, ‘You’re doing another music video about girls?’ I literally looked at them and was like, ‘Um, yeah … Taylor Swift sings about men in every single song and video, and no one complains that she’s unoriginal."

The American singer never thought her opinion will cause such an uproar and will turn all the swifties against her. And then suddenly a user in the Tumblr stated how Hayley's opinion was misinterpreted.

In the statement a user who goes by the name shaking-off-the-bad-blood stated,

“I think people are actually misinterpreting the quote. I don’t know if it is being taken out of context or what, but if you read the interview itself, I don’t believe she was calling Taylor unoriginal or boy crazy. She was just defending her choice for wanting to make videos with female love interests.”

After the user posted this message, Taylor concurred with her statement from her official account. She said,

“Exactly. We should applaud artists who are brave enough to tell their honest romantic narrative through their art, and the fact is that I’ve never encountered homophobia and she has. It’s her right to call out anyone who has double standards about gay vs straight love interests.”

Taylor is taking a stand for Hayley and we believe there is no bad blood between them. The Rolling Stones singer Keith Richards also called out Swift for her song Bad Blood.