Home Article Terrell Davis Divorced his Wife due to some problem; Find out his Current Relationship Status

Terrell Davis Divorced his Wife due to some problem; Find out his Current Relationship Status 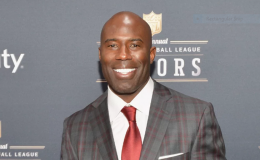 Terrell Davis files for Divorce his Wife due to some problem; Find out his Current Relationship Status

A relationship has its ups and downs but it's the duty of both husband and wife to compromise in order to keep their marriage intact.

When retired NFL player, Terrell Davis received divorce papers from his wife, Tamiko Nash, it was a devastating blow for the player.

So upon his wife sending the divorce letter, is the former player also ready to divorce his wife?

It can be a painful feeling when your companion with whom you spend so many years decides to split up with you. Terrell went through the same thing. 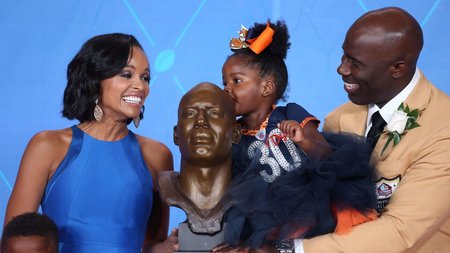 Terrell and his wife filed for divorce last year, Source: The San Diego

Last year, during the Valentine Day eve, his wife send divorce papers which shocked the NFL player. Their relationship was going pretty good until Tamiko decided to drop the big bombshell.

The divorce was filed in L.A. County Superior Court. According to the papers, Tamiko stated irreconcilable difference as the reason for the separation.

The divorce came as a big shocker to many of us as we literally didn't see it coming. Furthermore, Tamiko also asked for the joint custody of their children along with spousal support.

Talking about their marriage life, they tied the knot on September 2009 at the Coto De Caza. Their wedding anniversary wasn't an ordinary one as it was quite extravagant.

You can watch the video below.

They are also parents of three children. They welcomed their first child, a boy in 2011. They then became parents to another boy in 2014.

Last but not the least, they are also parents to an angelic daughter in 2015. The news of their divorce shocked the entire social media.

But after a few months, the pair seems completely ineffective of the divorce as they got back together. Terrell even shared an adorable picture with his wife which proved they are back together.

Family members are starting to arrive, making it more and more real. Can't believe we're just 3 days away from the Enshrinement. This is what it's all about. #family #finallygotitright #profootballhof #terrelldavis #roadtothehall

During the show at which the athlete was honored with Pro Football Hall of Fame status in Canton, Ohio, his wife and children all were there to support him. 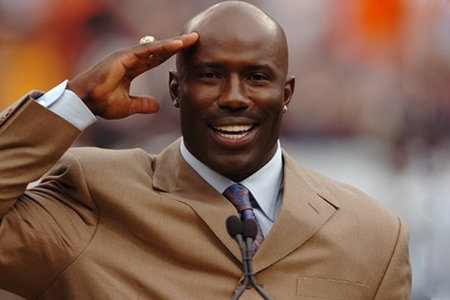