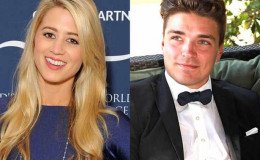 The Bachelorette's Dean Unglert and The Bachelor's Lesley Murphy are Dating! The Pair Will Feature In Upcoming Show Bachelor Winter Games Soon. Dean and Lesley will compete together in the show.

Different sources have confirmed that The Bachelor's Lesley Murphy and The Bachelorette's Dean Unglert are exclusively dating!

The newbie couple is taking their romance to next level and even appearing together on the new show, Bachelor Winter Games.

The Bachelorette's Dean Unglert who has been dragged into controversy with his love triangle between the Bachelor in Paradise's contestants Kristina Schulman and Danielle Lombard is sparking the romance with another leading lady Lesley Murphy.

Multiple sources have confirmed that the pair is actually a thing together. During the Friday's Sundance Film Festival in Park City, Utah, Dean was spotted holding hands at the party. 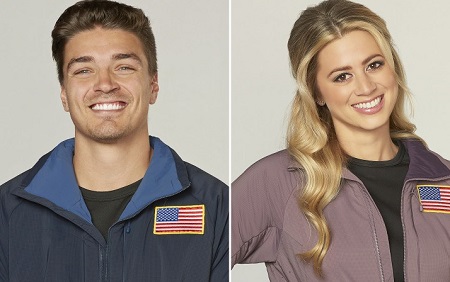 The Bachelorette's Dean Unglert and The Bachelor's Lesley Murphy Are Dating
Source: ENews

An inside source reports that Dean and Lesley are actually dating but their relationship "wasn't supposed to be out in the public yet." The source further claimed that "Dean is really happy with Lesley and they're both very goofy and have a lot of fun together."

"Things are pretty serious and they are exclusive as of now. They have been spending a lot of time together since the show ended filming."

Dean who worked as a startup recruiter for StartupTAP in Venice met Lesley during a common party back in 2017 and they've been following each other on Instagram and liking each other's post since last December.

Is three shows in one year too many? Probably. Does that mean it wasn’t a blast? Nope. Are you confused by this caption? Same. #bachelorwintergames

Murphy who is a political consultant has undergone a double mastectomy after she tested positive for the BRCA2 gene. She shared that following her surgery she had undergone breast implant surgery.

And now, the pair is all set to appear in the grand TV event, Bachelor Winter Games, which is a four-episode series that will feature alumni from all the international sectors of the show including Australia, Canada, and Japan.