Retired Baseball Player Prince Fielder; Details Of His Career, Net Worth and Sources Of Income

Prince Fielder's estimated net worth is around $80 million, according to celebrity net worth whereas according to the Richest, the net worth is $100 million. His main source of income his baseball career as first baseman in Detroit Tigers, and Texas Rangers.

Fielder who announced his retirement in August 2016 was officially released by Ranger on October 4, 2017. How much has Fielder earned during his career? What are his sources of income? We have all details about Fielder's net worth and career.

Prince Fielder; Details Of His Net Worth And Career

Prince Fielder; the 33-year-old baseball player has an estimated net worth around $80 million, according to celebrity net worth whereas according to the Richest, his net worth is $100 million. 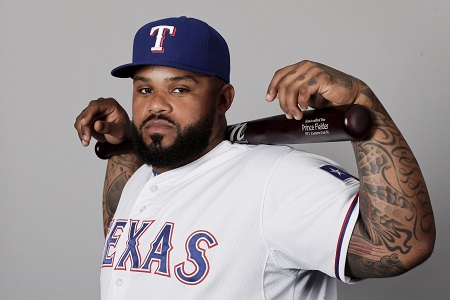 The former professional baseball who retired from Texas Rangers accumulated most part of his huge empire from his sports career.

What Are Prince Fielder's Sources Of Income? Details About His Salary

Fielder started his career after his first home run at Tiger Stadium at the age of 12. His main source of income is his baseball career as first baseman in Detroit Tigers, and Texas Rangers. He got his Triple-A All-Star break in 2005 by the Nashville Sounds. Then a year later, he joined Milwaukee Brewer as first baseman.

After playing as the first baseman for nine seasons for the Brewers, he signed a nine-year deal worth $214 million with the Detroit Tigers in 2012. His salary was around $10 million until the end of the 2012 season.

Again, a year later, he transferred to the Texas Rangers as a designated hitter. According to the source, Fielder's salary was around $24 Million annually before he was released by the Rangers on October 4, 2017.

Why Prince Fielder got Retired?

While his career was at the peak with $24 million annual salary, Fielder was diagnosed with C4-C5 herniations in his neck in July 2016. Later, the former first baseman for Texas Rangers announced that he couldn't continue playing professional baseball due to his neck surgery in August.

Ranger didn't release him at the time and he was still earning his $24 Million per season salary until October 4, 2017, when they finally released him. 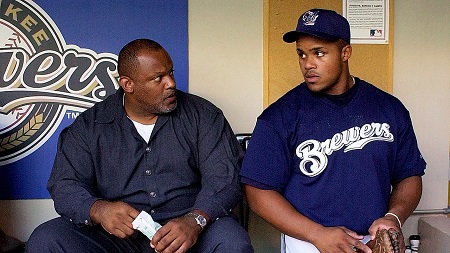 Prince and Cecil Fielder,  the only father-son duo who hit 50 MLB home runs in a season
Source: MLB

Reportedly, Prince shared an estranged relationship with his father since his divorce with Prince's mother Stacey.

With such an impressive net worth, Fielder lives a lavish life. He owns a stunning mansion where he resides with his family. He loves spending his money on expensive items and also attends various VIP parties and red carpet events.

Going through his Instagram, he is also spotted in several concerts and sometimes vacationing in new places with his family.

From his career of around two decades, Fielder has not only earned huge amount of money but also honored with several awards.

Fielder is currently married to Chanel Fielder. The couple tied the knot in 2005. At the time, Fielder was a member of Nashville Sounds.

The couple is blessed with two children: Jadyn and Haven. Like every married couple, Prince and Chanel also faced trouble in their relationship. Back in May 2013, the pair filed for a divorce. 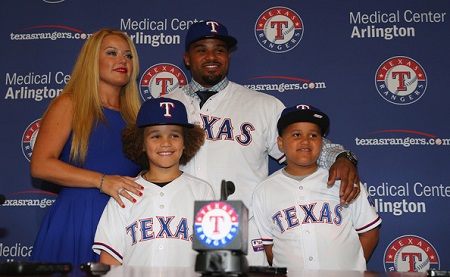 Prince Fielder and his wife Chanel Fielder with whom he married in 2005 along with sons, Jadyn and Haven
Source: Zimbio

Before the divorce was finalized, the couple reunited and Chanel also supported her husband when he joined Texas Ranger in March 2014. Since then the pair is living blissfully without any sign of the split. 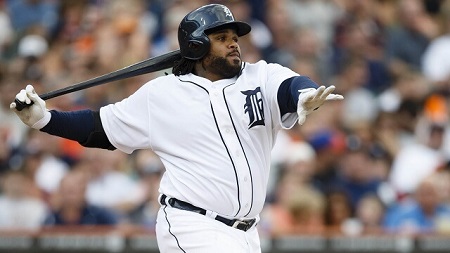