Three British Killed And 4 Injured In A Helicopter Crash At Grand Canyon, Arizona 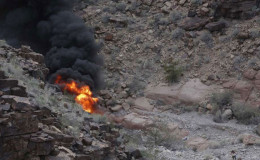 Three British passengers killed after a tourist helicopter jagged into the rocks of the Grand Canyon, Arizona. Three other British visitors and pilot have been severely injured in the crash, confirmed Hualapai Nation Police. The injured Britons and the pilot were rescued from the scene early Sunday morning and have been treated at a Nevada hospital

Three Britons Killed In A Tour Helicopter Crash At The Grand Canyon, Arizona; And Four People Including Pilot Rescued Alive From The Crash

Three British passengers killed after a tourist helicopter jagged into the rocks of the Grand Canyon, Arizona. Three other British visitors and pilot have been severely injured in the crash, confirmed Hualapai Nation Police.

Police have identified the victims as Becky Dobson, 27, Stuart Hill, 30, and Jason Hill, 32. While Jonathon Udall, 32, Jennifer Barham, 29, and Ellie Milward, 29, and the pilot Scott Booth have been named as injured. 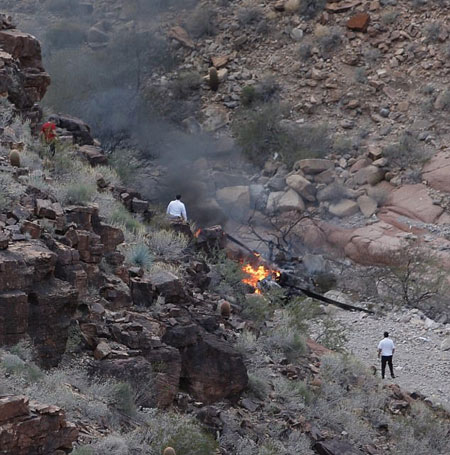 The injured Britons and the pilot were rescued from the scene early Sunday morning and have been treated at a Nevada hospital, Hualapai Police chief Francis E. Bradley Sr. reported.

Bradley said that the helicopter was operated by Papillon Airways which gives tours of the Grand Canyon as well as other locations.

The helicopter went down the Canyon at 5:20 (7:20 ET) on Saturday evening near Quartermaster Canyon on Hualapai Nation. Bradley confirmed a pilot and six UK passengers were on the board.

According to CNN, Bradley reported that the first responders faced difficulties reaching the survivors because of windy, dark, and rugged weather conditions.

We had extreme difficulty extracting the victims from the crash due to the weather. It was extremely windy, it was dark, the terrain was rough, our first responders had to hike in 20 minutes to get to the location, to begin with.

The National Weather Service meteorologists in Phoenix said wind of velocity 10 mph with gusts of 20 mph was there at the time of the crash.

Police Chief Bradley said that the military aircraft from Nellis Air Force Base, Las Vegas helped the rescuers to rescue all four injured who were later taken to the University Medical Center, Las Vegas. 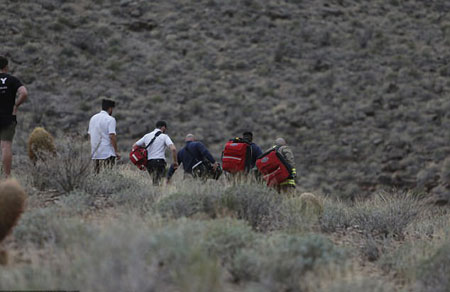 Witnesses running to the scene of the crash,
Source: Daily Mail

As per Daily Mail photographer, Teddy Fujimoto told he had been flying by the Grand Canyon to take wedding pictures when he saw witnesses rushing by. He said,

Our pilot and other pilots all started running. I followed them and I saw smoke. Immediately saw two girls. I could see that they were alive and conscious. They were in their 30s or 40

People made their way down. It was certainly dangerous and a mazy climb down for them. It took around 10 minutes for the emergency services to arrive. By the time they did, most of the fire was out.

It is with extreme sadness we extend our heartfelt sympathy to the families involved in this accident. Our top priority is the care and needs of our passengers and our staff.

The Airways' website says approximately 600,000 passengers a year visit around the Grand Canyon and on other tours with the Airways.