Home Article American Actress Tiffani Thiessen is Married to Actor Brady Smith since 2005; See the Relationship of the Couple

American Actress Tiffani Thiessen is Married to Actor Brady Smith since 2005; See the Relationship of the Couple

Tiffani Thiessen adds another name to the list of celebrities who finally lives a stable life after a series of unsuccessful love affairs. Tiffani, who's been active in her professional career since 1989, is best known for her portrayal in Saved by the Bell and Beverly Hills, 90210.

Tiffani Thiessen; whether as Kelly Kapowski, popular head cheerleader of the school on NBC's Saved by the Bell or as Valerie Malone, an emotionally troubled family friend of the Walshes on Fox's Beverly Hills, 90210 she never fails to amaze us with her acting skills. She is undoubtedly one of the most versatile actors but what about her personal life?

She's married to an American actor Brady Smith. The couple tied the knot in 2005 and shares, two children, together.

Tiffani is living a blissful married life with husband Brady Smith. The Saved by the Bell starlet and the Young Adult star tied the knot on 9 July 2005.

The couple is pretty private about their relationship which is why their love story is still a mystery. 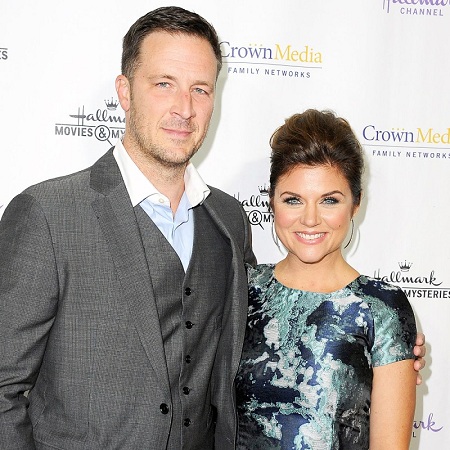 Tiffani Thiessen and her husband Brady Smith have been together for 12 years
Source: US Weekly

The duo celebrated their 12th marriage anniversary this year and shared an Instagram post with a photo of sharing a romantic kiss and a beautiful caption:

"Today is a special day. It is the day my husband, and I celebrate our 12 years of marriage. I could not have picked a better partner to have beside me. Babe, you are the sails of my boat. Here's to the 100 more years ahead of us. I love you to the moon and back."

Today is a special day. It is the day my husband and I celebrate our 12 years of marriage. I could not have picked a better partner to have beside me. Babe, you are the sails to my boat. Here's to the 100 more years ahead of us. I love you to the moon and back.

Thiessen, 43, and her husband Smith, 45 bears two kids together; a 7-year-old daughter Harper Renn, and a baby boy, Holt Fisher who is two years of age.

As you might know, I’m a big supporter of GOOD+ Foundation and the work they do to support families living in poverty across the country. I’m thrilled to share that I’ll be taking over their Instagram and Stories tomorrow from 12-1pm PT for their 2nd Annual Halloween Bash at @TheCulverStudios. Be sure to follow @GoodPlusFdn for a sneak peek. #HalloweenBash2017 #GiveGood #lastyear #waittillyouseethisyearscostume

They are such an adorable family, and we wish them to be always happy and healthy.

Tiffani Thiessen's Past Relationship and Affairs

Thiessen started dating Brian Austin Green early in the year 1992. The couple was introduced by the mutual friend David Faustino. They managed to be together for three years until they broke up in 1995.

Also, she went into an on-off relationship with late actor David Strickland. The actor committed suicide on 22 March 1999. 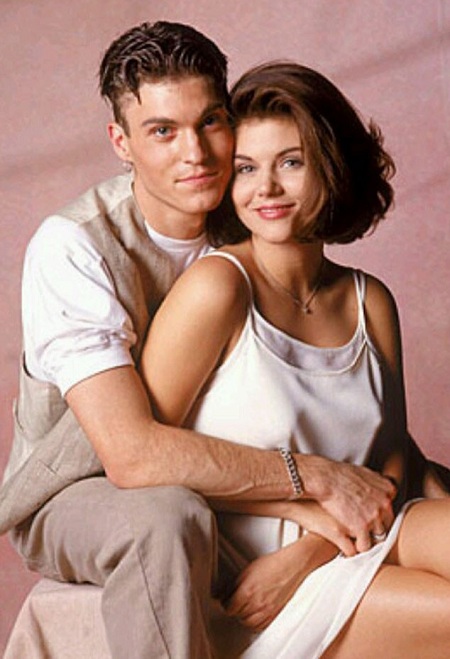 Eduardo "Eddie" Verchez Gracia popular Filipino actor is the additional name in the list. Their relationship was short lived. Similarly, the actress had an affair with actor Richard Ruccolo from 2001 to 2003. They met one another on the set of Two Guys and a Girl.

Well, those were yesterdays' feelings, and as of now, she is living a fairytale life with her husband and children. 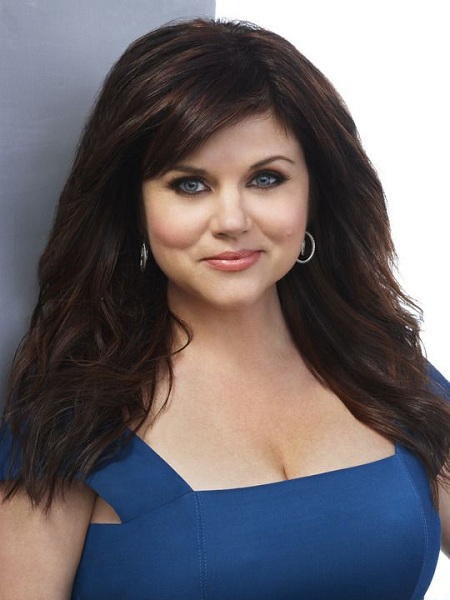