Home Article The Food You're Eating Might Cost You Your Life! See The 7 Most Common Food Allergies In Human and its Treatments

The Food You're Eating Might Cost You Your Life! See The 7 Most Common Food Allergies In Human and its Treatments 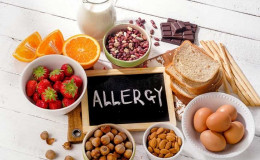 Even a little amount of such food can trigger possible signs and symptoms including digestive issues, hives or swollen airways. However, in some, the condition can be life-threatening as well.

Food allergy is an immune system reaction that occurs soon after eating a certain food.

Even a little amount of such food can trigger possible allergic reaction including digestive issues, hives or swollen airways. However, in some, the condition can be life-threatening as well.

More than 50 million Americans are prone to allergic reaction of some kind. In fact, they affect about 5% of adults and 8% of children; according to the Centers for Disease Control and Prevention and the percentage is rising.

Food allergies occur when the body's immune system overreacts to substances present in the food you eat triggering an allergic reaction.

It is most common in people who are atopic; having an inherited tendency to have allergic conditions. Those people are prone to have asthma, various allergies, and skin issues known as atopic dermatitis. 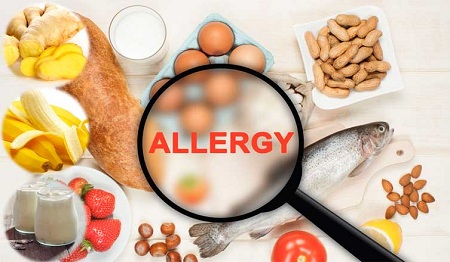 During a food allergic reaction, the immune system of your body mistakenly identifies a particular food or a substance in food as something harmful to the body.

The symptoms of allergy range from mild to severe depending on the type of allergy. The severe form of allergy is anaphylaxis, a reaction that affects the entire body that harms your breathing, affects your heart and causes a drastic drop in your blood pressure that can even lead to death.

Here is the list of most common food allergies and ways to treat it:

Allergies to cow milk are commonly spotted in babies and young kids. It is one of the most common allergies affecting 2-3% children.

About 90% of kids outgrow with the condition by the time they are three making it less common during their adult age. 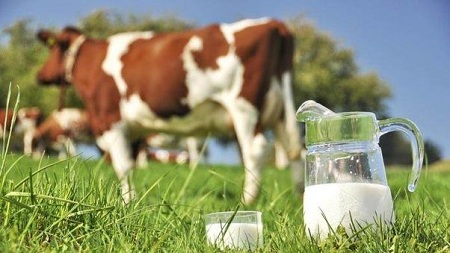 Cow milk allergy can occur both in IgE and non-IgE forms. IgE form is the most common and also the most dangerous one.

If an individual is diagnosed with cow's milk allergy, the only treatment method is to avoid cow's milk and other milk products like milk powder, cheese, butter, yogurt, and cream.

Allergy to nuts is generally lifelong. The nuts that are most common to cause allergic reactions are:

All the above-listed nuts may cause anaphylaxis in the victim on rare occasions. It is very common food allergy affecting about 1% of the US population. 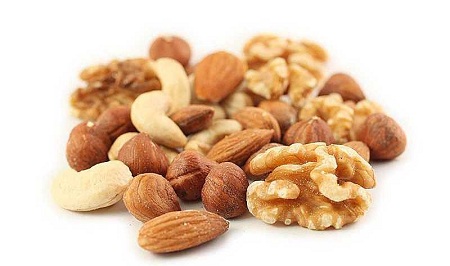 The allergies of tree nuts can also be severe; responsible for around 50% of anaphylactic deaths. Hence, it's better to avoid all types of tree nuts.

A person suffering the allergy is advised to carry an epi-pen with them all the time. Epi-pen is a life-saving device that allows to inject themselves with a shot of adrenaline if the person faces a severe allergic reaction.

Allergy to shellfish is also one of the most common forms of food allergies. People who are allergic to one type of shellfish are often diagnosed being allergic to other forms as well.

It can often cause severe reactions; some people may also react to the vapors from cooking shellfish. 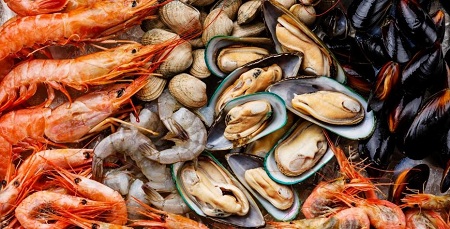 Different types of shellfish causing an allergic reaction include:

Shellfish allergies won't resolve over time, so it's better to avoid such food items from diet to avoid the possible allergic reaction.

Wheat allergy is particularly common among babies. One of the main allergens present in wheat is called gliadin which is found in gluten. 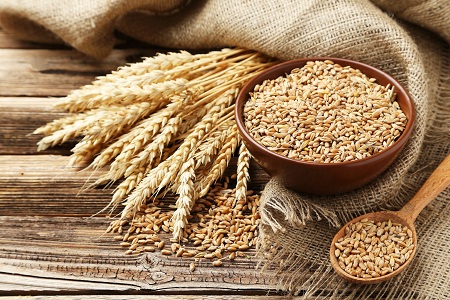 The reaction can be severe and even fatal so, people with celiac disease or non-celiac gluten sensitivity should avoid food items containing gluten.

A wheat allergy is diagnosed through skin prick testing. Hence, the best way to treat the issue is to avoid wheat and other wheat products.

Soy allergies affect around 0.4% of kids; infants and children under three years of age.

The reaction is triggered by a protein present in soybean or soybean-containing products. In fact, a small number of kids allergic to cow milk are also allergic to soy. 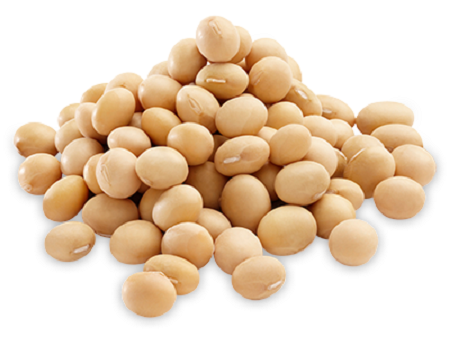 The symptoms range from an itchy reaction in the mouth, runny nose, rash, and asthma. The allergy can rarely cause anaphylaxis.

Some common foodstuffs triggering allergic reaction include soybeans and products like soy milk and soy sauce. Hence, it's better to read food labels before consuming it.

Like all other food allergies, the only treatment method is to avoid soy in the diet.

Allergic reactions to peanut are often lifelong. It is one of the most common causes of food allergy and even anaphylaxis. 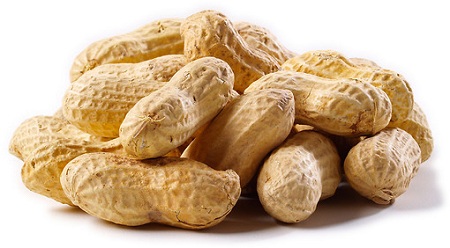 Peanut contains allergens that are not destroyed by cooking or roasting. Some people with peanut allergy might also react with other legumes such as

Eggs allergy is the second most common food allergies in children. However, reports suggest that about 68% of children will overgrow their allergy by the time they turn 16.

It's an interesting fact that some people become allergic to egg whites, but not the yolks and vice versa. It's because the protein content in the white part and yolk is slightly different. 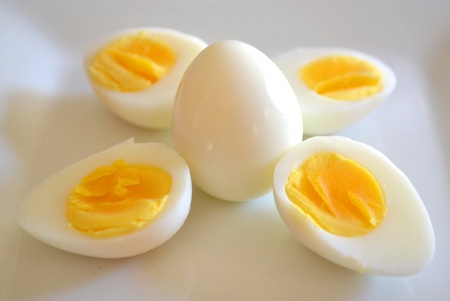 The only treatment method for an egg allergy is to have an egg-free diet. However, it's not necessary to avoid all forms of the egg as research proved that about 70% of children with the allergy could tolerate eating biscuits and cakes containing a cooked component of the egg.

Hence. it's better to avoid peanuts from the diet as a very small amount can cause severe reactions to sensitive people.

Food allergies may progress or get better over the passage of time so if you suspect an allergic reaction in some food items you should consult a doctor and take proper medication.