Home Article Seeing Some Bald Patches Around Your Head? Find Out The Reason And It's Remedy Here

Seeing Some Bald Patches Around Your Head? Find Out The Reason And It's Remedy Here 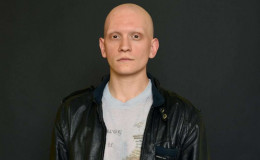 Alopecia Areata is an acquired disease that affects all hair-bearing skin; characterized by localized areas of hair loss. The condition is sometimes related to other medical problems still, in some cases, the bald areas regrow hair spontaneously.

Alopecia Areata is an acquired disease that affects all hair-bearing skin; characterized by specific areas of hair loss.

The condition is sometimes related to other medical problems still, in some cases, the bald areas regrow hair spontaneously.

It is a common autoimmune disease that results in few bald spots on the scalp roughly affecting 6.8 million people in the United States.

What Is Alopecia Areata?

The term is usually used when a person suffers from an unpredictable hair loss.

In some cases, the condition can be more extreme affecting the entire body (alopecia universalis) whereas in most cases it can lead to the complete hair loss on the scalp. 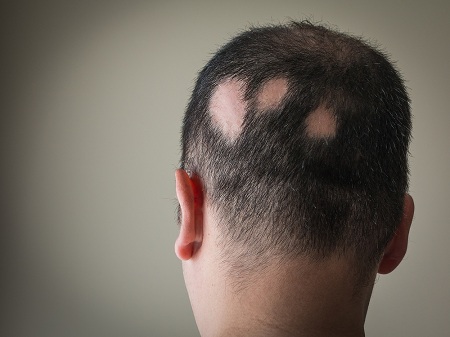 The disorder affects people of all ages and gender, however, reports suggest that it mostly occur before the age of 30.

The condition is occasionally associated with some other autoimmune conditions like vitiligo, lupus, ulcerative colitis, and rheumatoid arthritis.

As stated above, it is an autoimmune disease when the immune system mistakenly affects healthy cells.

If you have alopecia areata, your immune system mistakenly attacks your hair follicles. It is the structure from which hairs grow. 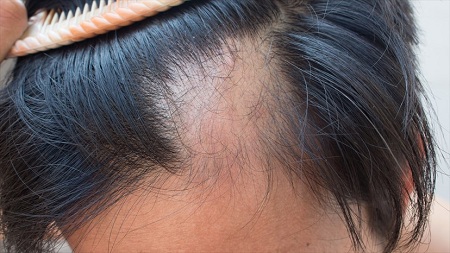 Researchers, however, are still unknown what triggers the immune system to attack the hair follicles. Hence, the exact condition of the cause is still unknown.

Here is the list of signs and symptoms associated with Alopecia Areata:

Firstly, your doctor will review your symptoms to determine if you have alopecia areata.

They may be able to determine alopecia areata by simply looking at the extent of hair loss in the localized area and examining a few hair samples under a microscope. 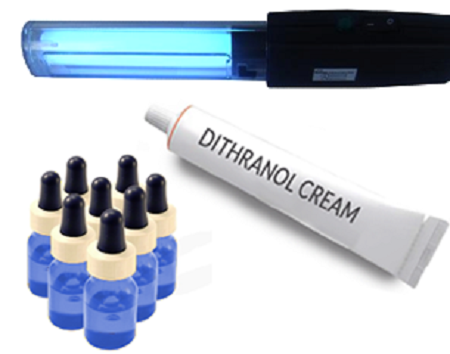 The physician may also perform a scalp biopsy to detect whether the condition is due to alopecia areata or due to fungal infections like tinea capitis.

If some other autoimmune condition is suspected, blood tests might be an option.

As already stated, there's no cure for alopecia areata, still, the condition is treatable. Here are some of the treatment options:

Your doctor may suggest certain medications like minoxidil (Rogaine) into the scalp to stimulate hair growth.

Some other procedures like steroid injections, corticosteroid creams and ointments can be used.

In some cases, photochemotherapy may be used to promote hair growth.

Some people try alternative therapies to treat their condition.

Some common therapies may include:

As the alternative therapies haven't been tested in clinical trials, the effectiveness of such mechanism isn't known.

Treatment of Alopecia Through Yoga

Yoga, pranayama and proper diet, one can prevent hair loss. All these procedures help in eliminating stress hence reducing the chances of hair loss.

Yoga rejuvenates the whole body and also promotes blood circulation to specific parts of the body like scalp.

Rubbing your fingernails can stimulate the blood circulation in your scalp. This activated blood flow to the scalp helps in strengthening the hair follicles. 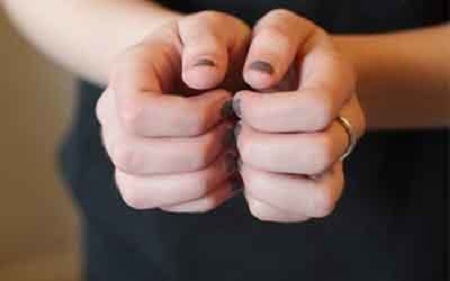 Some yoga techniques not only prevent hair fall but it also aids in the growth of new hair in the affected areas.

Below you can learn how to properly do the yoga.

We can also follow some steps to minimize discomfort like applying sunscreen on the exposed areas to protect the skin from direct sun rays; wearing sunglasses, hat, wig or scarf can also be an option.