Home Article Who Is 24 Years YouTuber NikkieTutorials' Boyfriend? Details of Her Affairs and Rumors

Who Is 24 Years YouTuber NikkieTutorials' Boyfriend? Details of Her Affairs and Rumors 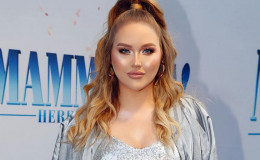 Famous Dutch makeup artist Nikkie de Jager best known for her YouTube Channel Nikkie Tutorials is, no doubt, one of the youngest beauty vloggers with incredible talent. Winning the title of "YouTube Guru" at the Shorty Awards, she's garnered a huge fan base on the Internet.

While her professional career almost overlapped her personal life, her fans are eager to know the hidden story about her dating life and boyfriend. Has she managed time for her love life and date? Let's get the details!

Nikkie de Jager' Private Dating Life: Who Is Her Boyfriend?

No doubt Nikkie De Jager is one of the youngest beauty vloggers the world knows so far. Moving forward with her strong career, she's certainly gained a perfect place in the heart and mind of her fans.

All credit goes to her incredible makeup skills!

Talking about her personal life, Jager does not prefer talking much about her dating life and boyfriend. She mentioned the thing via a Twitter post:

you guys know I don’t like to talk about personal life too much, but I do want to let you know that I’ve been single for a while now don’t worry, still the best of friends and I’m excited for this new chapter in my life!

Looking at her current Instagram posts oen can easily guess that she's single at present. However, the internet knew that she was dating a boyfriend named Rick Smit earlier.

You May Like: Top eight DIY beauty hacks that every woman should know

As per her YouTube videos, the couple started dating sometime in 2012. She posted a video with Smit where she mentioned that they had been together for three years in 2015.

Well, it's a heartbreaking moment for Jager and her fans as she's no more with her boyfriend. Some sources reported that their relationship failed after she knew that her boyfriend was cheating on her.

Recommended: Is YouTuber Andrea Brook in a Relationship? Know about her Dating life and Boyfriend

Meanwhile, we all know very well that Jager is a strong lady. She overcame her break up and she's so excited to move ahead in the new chapter of her life.

We wish to see her dating a new boyfriend soon!

Jager is best known among her fans for her YouTube channel Nikkie Tutorials.

She gained online popularity in 2015 when her video "The Power of Makeup" went viral. As of 2018, she garnered 11 million subscribers on her channel with over 917 million video views.

She started uploading videos on YouTube in 2008 at the age of 14. In 2013, she became the lead makeup artist for RTL5's show I Can Make You a Supermodel with Paul Fisher.

Also, she worked in collaboration with beauty brands like Ofra, Too Faced, and Maybelline.

HELLO GUYS, IT’S ME HULK! HELLO! I have a brand NEW video up on my channel link in bio!

Just look at her Instagram post the way she uses makeup products and brushes on her beautiful face is nothing but her creativity.

For more detail, stay on marriedwiki.com!