Home Article Who Is Adriana Abenia Married To? Know about her Husband and Family

Who Is Adriana Abenia Married To? Know about her Husband and Family 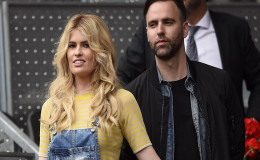 Adriana Abenia is a Spanish Television personality, actress, and a model. She has also hosted an Aragon TV's show Sin ir más lejos and in the year 2010 she was signed by the Telecinco; a Spanish commercial television channel.

She is married to Sergio Abad and the couple is soon going to celebrate their two years of blissful marriage. We have all the details about their relationship here.

Adriana Abenia and Sergio Abad: Couple made in heaven

They choose their hometown, the City of Justice in Zaragoza for the big day where she appeared stunning in a tulle dress and a leather jacket. 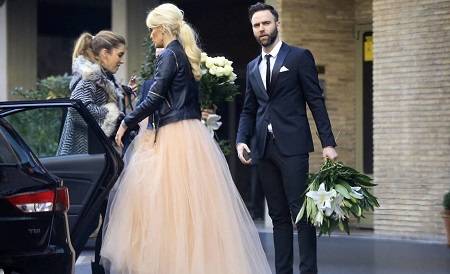 Adriana Abenia and Sergio Abad at their wedding.
Source: Vanitatis

Abenina and Abad are inseparable. The model celebrated her 33rd birthday with her hubby which she posts on her Instagram post on 14 July 2017.

In the adorable post, Abad appeared hugging and kissing his wife from the back, and we can see a big smile on Abenina's face. Well, the lovebirds looked perfect for each other.

Adab is also a super supported husband. He always stood with his wife, Abenia on her tough times. In early 2016, the model was operated on with a tumor in her neck, and Abad was with her all the time.

Adriana is fully recovered by now, and it was all possible only due to Abad's support and love. Abenia and Abad are indeed a couple made in heaven.

Adriana Abenia's plan of being a mother

Abenia and Abad are currently living two years of blissful married life. Since they have no child, Abenia has been questioned about her plans of being mother several times.

Since the question was asked again and again the actress ended up exploding her answer on her Instagram.

Abenia took to Instagram to shut all those mouths who asked about her project of becoming a mother. Have a look at her Instagram post on 1 February 2017 where she starts writing:

"Enough to sell us to women who only having children will reach Nirvana. Since I got married in December 2015, an incessant trickle of media, with the best will, always asks me the same thing, as do our closest friends. So much emphasis on something that should not be an obligation, much I fear that may end in an aversion to that stage that we sell as a must and wonderful, that of motherhood."

"I am too lazy to be a mother" explaining having a child includes sacrificing many things of her life and she is not ready for it now."

Well, it looks like Abenia doesn't have any plan to become a mother soon.

Abenia gave birth to her first child with her husband on 17th July 2018. She shared the very first image of her baby girl via Instagram. Have a look:

"What excitement makes us tell you that yesterday, July 17 at 5:45 p.m., Luna came to the world to fill us with happiness with his 2,850 kilitos!
Thanks to Dr. Sofía Alcalá for carrying out the birth with so much affection, and you for worrying about both Abenia and me during pregnancy!  Soon I will show you her little face"

The happy parents is soon to celebrate one year birthday of their child. 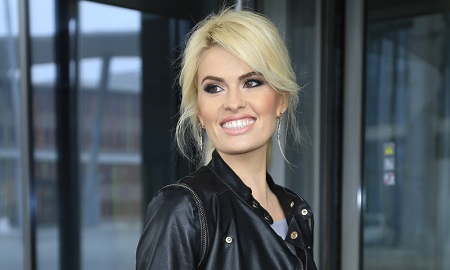 For more gossips of your favorite celebs visit marriedwiki.com/article