Home Article Know about the loving husband of Alicia Menendez. The couple got married in 2015: Has a child together.

Know about the loving husband of Alicia Menendez. The couple got married in 2015: Has a child together. 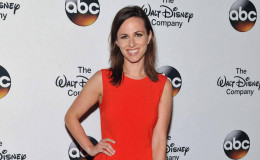 Gorgeous Alicia Menendez is a married woman. she was happily married to Mr. Odio and in this journey, she was blessed with a beautiful daughter.

The very beautiful, charismatic and talented, Alicia Menendez is an American Television commentator, host, and a writer.

She is a married woman and enjoying her blissful married life with her husband ‘Carlos Prio Odio’. They both prefer to talk less about their relationship.

However, today we are here to unravel about their married life. Hope you’ll enjoy it.

Alicia is one of the famous personality in Television but less of you know about her husband Carlos Prio Odio. So, to get the information about him read below;

Mr. Odio is a former Barack Obama staff who worked on Obama’s 2008 campaign as deputy Latino vote director. After that, he joined White House’s Office of Political affairs as deputy associate director from 2009 to 2011.

After that, he joined White House’s Office of Political affairs as deputy associate director from 2009 to 2011.

Now, he is working as the managing director for Florida Alliance which is a non-profit organization. As per source, he is very calm and kind person.

Their love story is not less than any romantic movies. The duo first met in 2008 on the Obama presidential campaign where Odio was waiting for a job and Alicia was trying to get information about that campaign.

In an interview he shared his first meeting experience with Alicia, ‘I thought she was pushy,’ he added ‘ was waiting for a job in the Obama administration and didn’t want to say anything that would get me in trouble. She got irritated, and that irritated me.’

For the next few months, they ran in the same political circles, but without actually bumping into each other. They used to talk trash about each other. I rolled my eyes when I heard her name mentioned’, said Mr. Odio.

“Then Mr. Odio’s close friend and colleague, ‘Stephanic Valencia-Ramirez’ unaware of their history, decided to forge a connection between them at a reception in September 2009 at the National Musem of American History.

In spring 2010, Ms. Menendez and Mr. Odio moved in together. Things went smoothly as they grew more comfort and love for each other.

Gorgeous Alicia tied a knot with her long time boyfriend Odio on February 15, 2015, just after one day of valentine’s day. Isn’t it romantic?

The duo changed their relationship into holy matrimony after dating for five years. Mr. Odio, brought her a ring in September 2013 before she shifted to Miami. He was waiting for a right moment to surprise her.

Menedez announced on her show that, she was engaged during a segment on July 10, 2014. After a year of engagement, they get married at Chruch of Christ in Coral Gables, Fla.

They were blessed with a beautiful daughter named as Evangelina Menendez Odio. Alicia recently resides in Miami, Florida with her husband.

"This is Evangelina Menendez Odio, all of five days old. The name, Alicia's grandmother's, means 'good news' -- and she is, in so many ways, a blessing. Expect to see her often in a photostream near you." (Repost from @carlosodio until I learn how to gram while breastfeeding #babyodio

We want to congratulate a couple for having a baby and wish them all the best for their future.