Home Article Who is Asa Butterfield's Girlfriend? Find out about his Relationship and Affairs.

Who is Asa Butterfield's Girlfriend? Find out about his Relationship and Affairs. 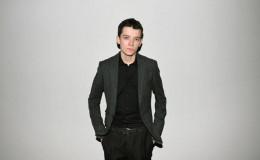 Asa is currently in a relationship with Ella Purnell. Let us see their relationship status. Are they really into each other or else?

Asa Maxwell Thornton Farr Butterfield' is an English actor who is best-known for his critically acclaimed role in the film 'The Boy in the Striped Pyjamas' as Bruno. He is a very young and talented actor.

Asa is currently in a relationship with his co-star in the movie Miss Peregrine's Home for Peculiar Children, Ella Purnell. Let us see their relationship status.

Asa is currently in a dating Ella Purnell. They first met each other on the sets of their movie Miss Peregrine's Home for Peculiar Children.

Both of them are very young and good looking actors who are in the beginning phase of their career.

Their fans has posted comments on their social media account regarding how good they look together and they all wanna see them as a couple.

Because apparently I don't know how to take a selfie. #mauritius

The couple was often seen hanging out and spending quality time with each other. They looked amazingly cute together.

But suddenly during late 2016 there is a news that Asa and Ella are not seeing each other anymore.

Suddenly during late 2016 the news came that Asa and Ella are not seeing each other anymore. Many of their fans were suddenly heartbroken and they all took to social media to posts their opinion about the rumor and we must say that they all were really sad and pissed off at the same time.

However nothing has been confirmed as of yet so we can say that they are still very much together folks. Don't Fret!!

Even though we all know that Asa is surely dating Ella, but in late 2016 there was a news that Asa is seeing his co-star of his next film Hailee Steinfeld.

Both the actor was spotted hanging out with their mutual friend Emile Hirsh in New York.

According to rumor's Asa may have been secretly dating Hailee as the rumored couple was very comfortable with each other and we can say that by just looking at the face of Hailee.

Well, the rumor has not been confirmed yet and let us see who Asa is really dating. We will let you know eventually.