Home Article Who is Charlie Puth's Current Girlfriend? Is he getting married to Hailee Steinfeld?

Who is Charlie Puth's Current Girlfriend? Is he getting married to Hailee Steinfeld? 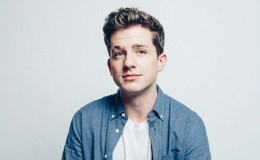 Yes, girls, you heard it right there are some rumors buzzing around Hollywood that our very own Charlie might get married soon with none other than actress Hailee Steinfeld.

However, both of them have never openly accepted their relationship which is why we can assume that these are only rumors.

Although the pair has not disclosed their relationship in public the closeness between them is the clear example that is something serious going on between them.

Even through their social sites including Instagram it suggests that these two are way more than just friends.

Charlie has revealed about dating someone as well. He said, “I have a girl kind of in my life right now that I’m not making too public and I don’t want people to get the wrong idea”. Well, all of us who is his girlfriend don’t us?

Well, talking about how they first met, as we all know that Hailee has been recording and promoting her song ‘Stitches’ with Shawn Mendes and Shaw and Charlie was about to go on a tour together.

So, we can totally imagine that Shaw Mendes has played the role of cupid between this cute couple.

Are Charlie Puth and Hailee Steinfeld getting married?

There were lots of speculations made regarding the growing closeness of this popular singer and actress, however; no official confirmation has been made yet.

Considering the fact that Charlie and Hailee both are very young and are very busy with their respective career it might just be a rumor that they are getting married.

We must say that they look very hot together and we know for sure that they will make a good pair together.

Even though they might or might not get married soon one thing is for sure that both of their fans love very much and will always support them no matter what.

Selena and Charlie had a very good bond. He even shared his picture via Instagram with Selena celebrating her birthday and many people started assuming there relationship status they always remained silent about the matter.

We think no one could forget that controversial kiss of Charlie with Megan Trainor at the American Music Awards 2015.

No was expecting that these two singers will end their performance of ‘Marvin Gaye’ with a major makeout drama.

After the kiss, everyone jumped to the conclusion that they might be dating each other but Megan and Charlie both have denied on multiple occasions that they are just friends and nothing more than that is happening between them.

After lots of rumors and speculations, Charlie closed the rumor by stating that he was interested in someone else that someone is not Megan.

Now, we are sure that he was talking about Hailee at that time. We would just like to wish both Charlie and Hailee all the best for their future.