Home Article Who is Cori Broadus Dating Currently? Is she still Single or dating Someone? Know her Affairs and Relationship

Who is Cori Broadus Dating Currently? Is she still Single or dating Someone? Know her Affairs and Relationship 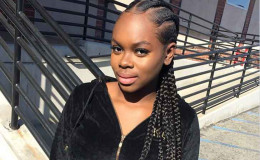 Snoop Dogg's daughter Cori Broadus is making raise everyone's eyebrows as she's growing into a fine young lady. The 19-year-old beauty is gaining wide popularity these days as she debuted her big chop earlier in March 2018.

Besides her amazing new look, her fans are desperate to know whether she's dating someone special. If you wanna know details about her current relationship status, follow the path ahead!

Snoop Dogg's only daughter Cori Broadus is gaining wide recognition in the media. As she's growing beautifully along with her age, people started talking about her personal life; basically focused on her affair and boyfriend. 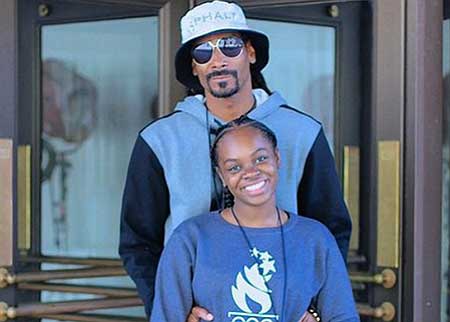 The proud father couldn't stop himself as he expressed his happiness on his Instagram. He captioned,

Snoop and the rest of the family members with her mother Shante Broadus attended the blessed moment.

She's often spotted pretty cozy with a guy named 'Doitezmbk' whom she calls her best friend. Though we still don't know what's exactly going on between the two, her fans have started raising questions about what kind of best friend is he?

One of her fans wrote,

Well, Broadus is yet to confirm details about their relationship in the following days.

The 'big chop' trend is increasing these days. Following singer Tamar Braxton, Cori "Princess" also showed her courage and chopped her hair with a similar message to the general public.

I’m not a hooper thooo

She showed off her new look in March 2018 via Instagram that captioned,

"Don’t be afraid to try new things. My growth is reallllll."

Simply she looked gorgeous in the stylish low-cut. In one of her Instagram posts, she mentioned that she should have cast in 'Black Panther'. The post has been removed now.

The Black Panther sequel is on the way so, can we expect to see the natural beauty on the big screens in days to come? 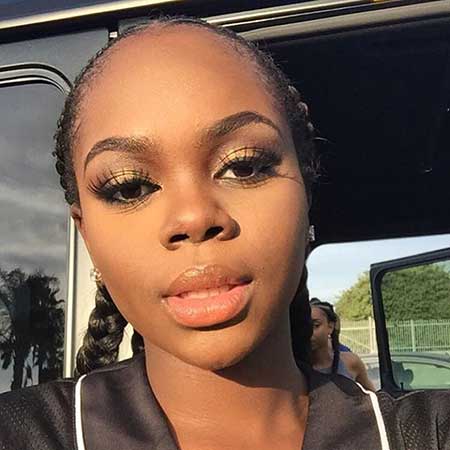