Home Article Who is Izabella Miko's current boyfriend? Is she dating anyone? Or single?

Who is Izabella Miko's current boyfriend? Is she dating anyone? Or single? 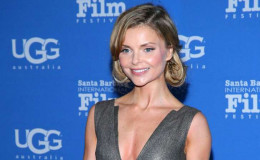 Izabella was born in communist Poland and moved to America at the age of 15 with her mother to follow a career in dance. She began her dance training as a ballerina and still performs frequently at events. She is also a skilled aerialist performer and is known to be amazing in trapeze.

'The Step Up: All In' (2014) star, Izabella Miko is always on the gossip news and celebs hot topic due to her on and off relationships with her co-actors. This dancer turned actress first debuted with a smashing hit movie "Coyote Ugly" in the year 2000 that made her incredibly famous in the American Film Industry.

The actress with Polish origin has successfully managed to win hearts of millions and has quite an interesting dating history. There has been news about her dating co-actors and she has also been seen publicly with them. However, it has not been sure with whom she is having an affair. So, let's stop beating around the bush and find out all about Miko's love life.

It was found that Izabella Miko started dating Maciej Zakoscielny in the year 2006 and gathered lots of attention from the media.

Maciej Zakoscielny is a Polish actor and both of them met and fell in love and continued their relationship for two long years. Unfortunately, the dreamy couple separated in 2008 due to personal reasons.

Later after a year, Miko appeared in the crime thriller 'Double Identity' (2009) in a lead role opposite American actor Val Kilmer. Both of them fell in love during the making of the film and dated since March 1st, 2009.

After more than three years long relationship, the couple decided to part ways and split in 2012. Val Kilmer has been divorced from Joanne Whalley since February 1996 who has been married for 7.9 years.

Izabella was also linked with actor Alexander Skarsgard who starred in HBO Hit series "True Blood". There's not much information about this unconfirmed rumor, other than that Skarsgård and "Coyote Ugly" star Miko "hooked up" in 2009 when they were working on Eco Sweden together.

Who is Izabella currently dating??

Miko, 35, as for now is single and when asked by the paparazzi of TMZ if she would date a normal guy, she gave a strong positive response.

She also told the sources that she is in hopes of meeting a normal guy to settle down with, now that her age is catching up with her. Here is the video of her telling about the rules of dating.

The dancer turned actress has not been dating lately and has now expressed she doesn’t mind dating a person who does not belong to the film industry.

After her most recent movie, Step up All In’, rumors were stirring up about she and the co-star Ryan Guzman seeing each other. However, the rumors swept all away after the couple broke ties with each other after the movie.

Izabella and her Green habits

Izabella Anna Mikolajczak, who is better known as Izabella Miko, is a Polish actress, dancer, producer, and environmental activist.

The bombshell, who was ranked no. 48 by Maxim's hot 100 women of 2000-2010, is a strong environmental activist and supporter of Green Politics.

She is purely a vegetarian herself and strictly against animal cruelty. She also has her personal blog, The I Make me Happy blog which is about her personal life and also an awareness regarding environmental issues and animal rights.

You can see a video about her Eco foundation called "Eko Miko" which supports eco-friendly materials and raise awareness about environment conservation.

She is a wonderful actress and human being. We wish her to find her Mr. right very soon and live a happy life with her boyfriend forever.