Home Article Who Is Kacey Rohl Dating? All The Relationship Details Of The Actress

Who Is Kacey Rohl Dating? All The Relationship Details Of The Actress 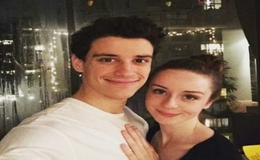 Anyone would be lucky enough to be chosen as the one by the gorgeous actress Kacey Rohl. But, has Kacey found the lucky person yet?

It's been a few months since we watched Kacey Rohl on one of her latest projects aka White Lie where she even shaved her hair for real to play the role of Katie Arneson who lies about being diagnosed with cancer for financial benefits.

Fast forward today, the actress' hair has grown immensely, something the daughter of film director Michael Rohl and comic Jan Derbyshire frequently updates her fans about on her social media. 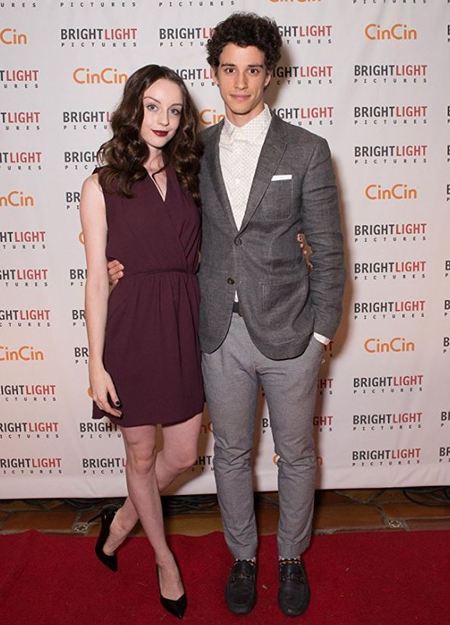 As a matter of fact, the Canadian actress is pretty fond of sharing everything she is enthusiastic of from her stunning selfies to her travel diaries to other aesthetically pleasing artistry stuff. But, of course, the only thing she doesn't like to speak much considers her love life.

That, however, doesn't mean the Hannibal alum never spilled anything regarding the subject as she previously slightly opened up about her love life in an interview with The Province revealing that she indeed has a boyfriend.

Who Is Kacey Rohl Dating?

To answer your curiosities, the actress has been romantically linked with fellow Canadian actor Adam DiMarco who is best known for his roles in films and tv series such as Radio Rebel and The Order.

The Vancouver actress first confirmed she was in a relationship in April 2014. And, the same year, Rohl even attended the Vancouver International Film Festival with her boyfriend looking stunning in a dark mauve sleeveless short dress whilst her man looked handsome in grey suits and pants. 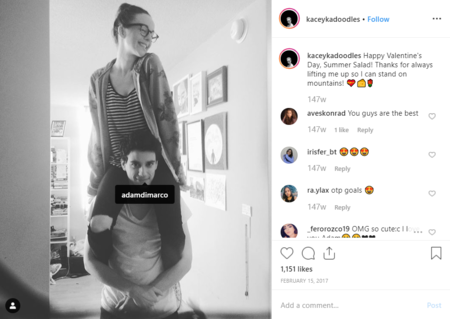 Two years later in 2017, Kacey and Adam were still going stronger which was proved on a special day when the Arrow star wished her beau a Valentine Day with not forgetting to thank him for being her support system. As a matter of fact, Kacey shared an adorable post where she can be seen sitting on the shoulder of Adam.

But, as of today in 2019, it apparently seems as if the love birds have parted ways.

The Valentine Day was the last as well as the first time, Kacey gushed about her man on social media. But, two years later (as of 2019), both Adam and Kacey has remained silent over their relationship prompting break-up rumors.

As a matter of fact, when DiMarco attended the 2019 Vancouver International Film Festival, the actor was accompanied by his friend, Jenna Berman, a South African model and photographer, who he mentioned as his best friend.

The bad news is that Kacey has even unfollowed Adam from her Instagram whereas, Adam still follows her (as of December 2019). Whilst both of them remain silent over their relationship status, it's even harder to jump into the conclusion for the assumption.

In the meantime, fans can only get their answers from Kacey herself if she prefers to shed light on whether she is still dating Adam or not.