Home Article Who is Karima Jackson? Know about her Family.

Who is Karima Jackson? Know about her Family. 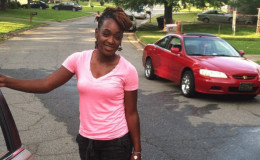 A lesser known daughter of Ice Cube, Karima Jackson is the dearest of her parents. She is not only the child of her parents though. Let's dig into her family and family life.

A less known name in the glitz and glam industry, Karima Jackson is a dedicated research assistant working for Rutgers University.

She's the daughter of popular hip-hop artist Ice Cube and model Kimberly Woodruff. Her personal life stiil seems a mystery but worry not as we have gathered all the information about her in this section.

Who is Karima Jackson? Know about her Family

The male members of the Jackson family are more popular than the females but their family has been a pretty happy one.

Karima Jackson with her Father 'Ice Cube', Source: back online

Her father, Ice Cube is a rapper, record producer, film maker and an Actor was well. He was born and had spent his childhood in LA to Doris and Hosea Jackson.

Although he is a graduate in Architectural Drafting, he had always had his love for rapping and he used to jot down all his creativity while he was in keyboard classes at George Washington Preparatory High School.

This multitalented rapper was struck by his now wife when he had met her and voila, they tied a knot on April 26, 1992.

Kimberly Woodruff and Ice Cube; Have been married for 25 years, Source: Zimbio

Her younger brother who also has inherited the same talent was born on December 29, 1992. And then was the turn of Karima to come into this world who was followed by her youngest sibling.

Her parents are very much in love and their affection for each other has been seen to be outgrowing with the time they have spent these 25 years. Kimberly is like a backbone to her and he claims that she is the reason behind his today’s level.

For more recent news and updates, keep following our page!!!!