Home Article Who is Renee Zellweger in a Relationship with? Know in Detail About her Affairs and Dating History

Who is Renee Zellweger in a Relationship with? Know in Detail About her Affairs and Dating History 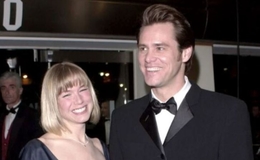 Once upon a time during her life, Renee Zellweger was the woman every man desired. She is a big star with even bigger love life. From Paul McCartney to Jim Carrey, know the actress's remarkable former partners in this article below.

Renee Zellweger instantly rose to fame through the breakthrough role as the lead in Texas Chainsaw Massacre: The Next Generation. As her career flourished, her love life took a turn too. Chicago star has been winning over men's hearts for just as long.

Renee Zellweger is happily single. Renee currently lives in Los Angeles with her two pet dogs. She made a name for herself in Hollywood with success on the big screen ad two Oscar-winning performances. 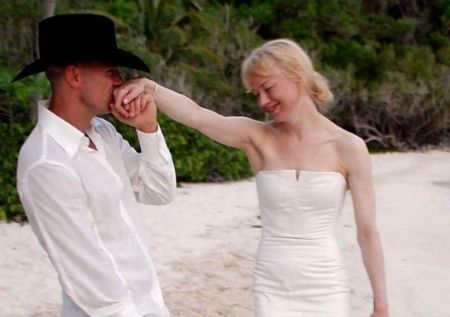 Renee Zellweger and Kenny Chesney married in May 2005. SOURCE: MEGA

Outside of Hollywood, Renee has lived an equally as exciting life, getting one engaged, married and having many eclectic romances through the years. As her star power grew, it wasn't a surprise; the actress was quickly linked to multiple heartthrobs.

In June 2021, the actress made headlines after dating Ant Anstead after meeting on the set of his Discovery+ show while filming Celebrity IOU: Joyride. The romance rumor sparked whenWheeler Dealer alum confirmed divorce from Christina Haack nine months after their split.

One of the first men romantically involved was the late Pariah guitarist Sim E. Ellison. The Jerry Maguire star dated Ellison, a musician as a youngster, for five years before they split in 1993. Unfortunately, at the age of 28, he passed away by suicide im 1995.

Later on, Renee and Canadian born-Canadian Jim Carrey first met at the film set of Me, Myself and Irene in 1999. The two fell deeply in love and got engaged. But sadly, they called it off in 2000. 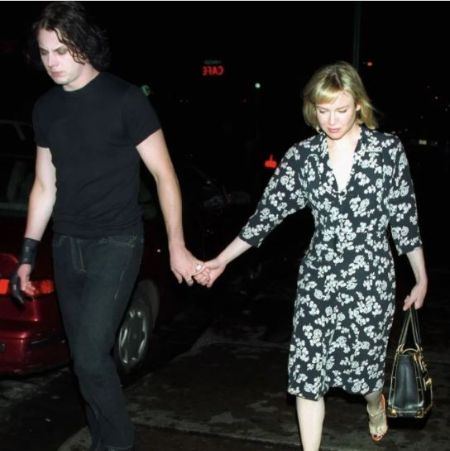 After a whirlwind romance, the Katy, Texas native, previously shared the wedding vows in a private beach ceremony with Kenny Chesney. The duo parted away after four months of marriage, citing irreconcilable differences.

Soon, the Oscar-winning actress started seeing a member of White Stripes, Jack White and began dating in 2002 after their encounter on the set of Cold Mountain. Speaking of which, Zellweger portrayed the character of Ruby Thewes in the movie.

Here's the video of Jim Carrey calling Renne Zellweger calling the love of his life.

Meanwhile, White played a troubadour and recorded the five soundtracks. Sadly, two years later, Jack and Renee, in September 2004, decided to break up. After Jack, the Empire Records actress came romantically closer to  Rory Cochrane while shooting one of the films in 1995.

Further, Rory and Judy got hitched in May 2005 after their whirlwind romance of four months at NBC's Concert of Hope. The wedding took place in the Virgin Islands. On their big day, the bride donned a strapless Carolina Herrera dress while Chesney put on a black cowboy hat held. 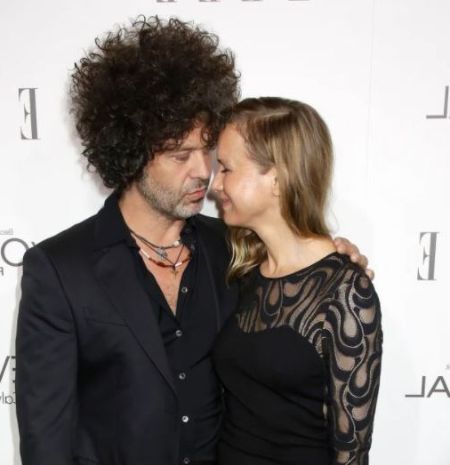 Just after four-month, the relationship turned sour, and marriage was annulled, with both listing the marriage as the "fraud" with no legal issues and the easiest way possible as the cause for their split. Chesney told the source in 2009 that there were really in their relationship, but it was the to end the marriage.

Other than that, Zellweger was romantically linked with Doyle Bramhall II in 2012. Five years into their romance, the actress gushed over the musician telling the publication in 2017 he was a special person. The former flame reportedly got separated in May 2019.