Home Article Who is Sophie Hermann Dating Currently? Everything About her Affairs and Relationship

Who is Sophie Hermann Dating Currently? Everything About her Affairs and Relationship 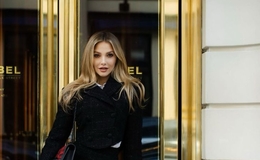 Sophie Hermann's best known for her appearance in the show "Made in Chelsea." She's been a fan favorite for being one of the blonde bombshells who blessed the TV screen with witty one-liners and a whole host of fabulous outfits.

Even though Sophie Hermann had her luck with several celebrities, she couldn't keep it up. Is Sophie still in the relationship with Tom Zanetti? or has she found the perfect one for her?

Sophie Hermann is an open-minded woman who had an on-screen and off-screen relationship with Tom Zanetti. The audience of Celebs Go Dating might know that she found love with Zanetti while filming. 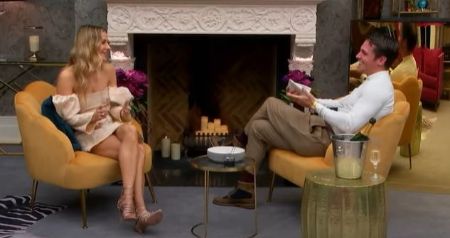 During an Instagram Live with Chloe Ferr, after weeks of flirting on the 2021 year's"Celebs Go Dating," she confirmed her relationship with co-star. The two started to privately message while living in the property, where the participants stayed for a month as they filmed the show.

The weeks before, tabloids revealed they shared a 'sexual attraction' while shooting in the Surrey mansion. Sources claim the businesswoman and the musician enjoyed a secret romance.

The love affair became more than apparent when the german fashion designer joked with her friend Chloe about her marriage with Tom," We're cute, right. If we get married, you'll be number one! You would be a bridesmaid."

Here's the video of Sophie Hermann and Tom Zanetti on the show Celebs Go Dating.

At present, the reports have suggested that the thing between Sophie and Tom is over. Hermann disclosed to Grazia during the last episodes," We have never defined anything because we only had the time to see each other for a short amount of time. It was nice to see him again and actually to be able to hang out."

During her stint on Celebs Go Dating, viewers noticed she called herself the "Duchess," as did her ex-boyfriend Tom Zanetti. However, Sophie is not a REAL duchess. It's just a nickname.

Who is Sophie Hermann Dating Currently?

The blonde beauty is currently single and unmarried. Did you know Sophie had a link-up with many famous faces from the entertainment industry? 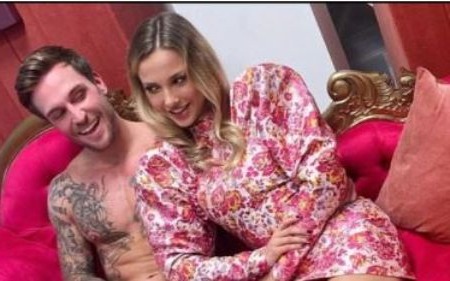 Sophie first dated Skype's Ones to Watch host, Johnny Hynes, for several years as per Daily Mail. The Made in Chelsea personality and Hynes was not shy to display their affection in public with PDA.

Due to personal issues, the duo who attended the red carpet events as a couple with an undeniable connection broke up dramatically. As the 35-year-old seemingly lacked balance in Sophie's love life, she started seeing musician and model Fredrik Ferrier back in 2017. 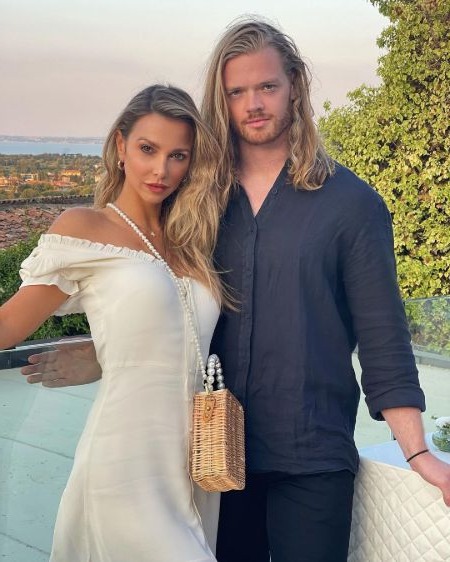 The two were in a serious relationship untill Sophie chose to walk separate paths, and both moved in their respective lives. The former flames, Fredrik and Sophie, are still good friends and remain in touch.

As of 2022, Sophie enjoys her life in her well-decorated flat in London. You can visit her Instagram handle @xxsophiehermannxx to find out her beautifully glamourous lifestyle full of all the events, holidays, and outfit snaps.