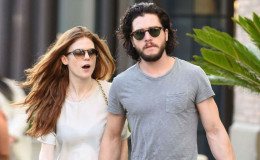 Rose Leslie is the girlfriend of Game of Thrones star Kit Harington. Kit used to date Polish actress Anna Cyzon back in 2011.

Kit Harington is the gorgeous and most irresistible actor in the town, portraying the role of a popular character, "Jon Snow" of the super hit fantasy drama series, Game of Thrones.

Falling in love was not something he expected when he first auditioned for the show, but he did and now he’s been in a relationship with his on-screen lover, Rose Leslie since 2012.

Let’s find out all the details about this perfect couple in today’s section.

We all know that finding love in today's world is like finding a diamond among the rocks and to find love in such hustle and bustle of career is a matter of luck.

Similar is the story of handsome actor Kit Harington and his beau actress, Rose Leslie. 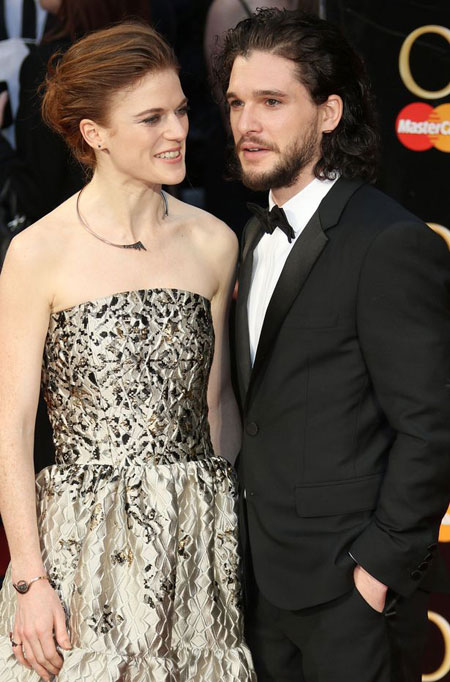 Kit with his girlfriend Rose at Oliver Awards, Source: Mirror

Kit Harington, in an interview with Vogue Italia, Harrington recalled all the memories of how the two fell in love while filming Game of Thrones.

"Because the country is beautiful, because the Northern Lights are magical, and because it was there that I fell in love and if you're already attracted to someone, and then they play your love interest in the show, it's becomes very easy to fall in love." 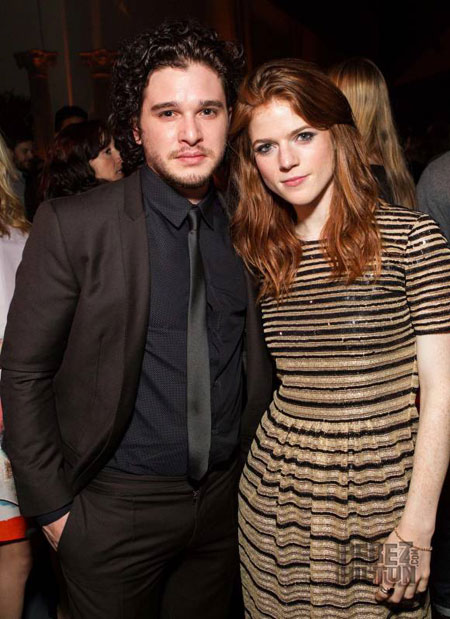 Rose with her beau at a party, Source: Perez Hilton

Also, on The Tonight Show Starring Jimmy Fallon, Harington told that he told his mom and dad straight away about the pair's alleged relationship.

Although the beautiful 30-year-old actress, is no longer in the series, she's still the queen of the heart of the desirable actor, "Jon Snow".

Despite his confession, Kit had denied all the rumors of him and Rose dating previously. In 2014, Kit told the Evening Standard stating,

"All rumour and myth. Me and Rose are very, very close and very good friends. And continue to be, actually. She's wonderful. But no, no love affair."

Any wedding bells for the couple?

The wonderful co-stars of Game of Thrones, Kit and Rose have been together for the past five years and are still going strong. 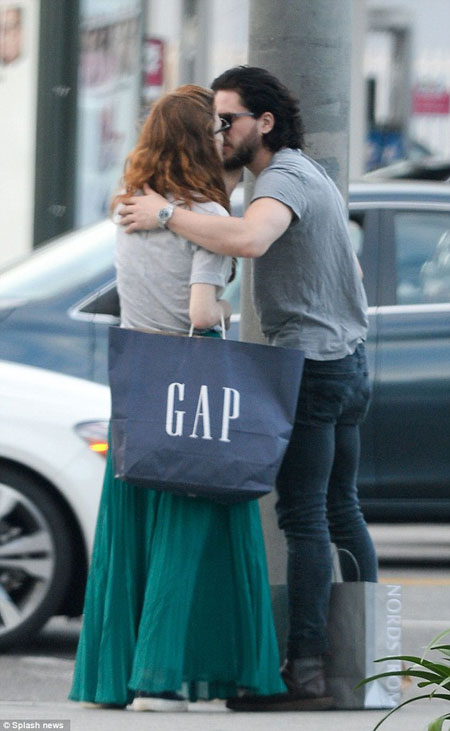 Game Of Thrones stars Kit Harington and Rose Leslie shared a kiss as they hit the shops in Los Angeles on Saturday, 2016, Source: Daily Mail

It's obvious that we all want to see this wonderful couple getting married and raising cute babies together, however, the pair has not announced anything about them tying knots. 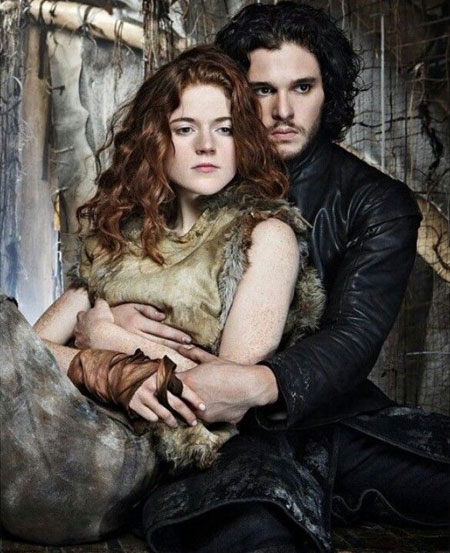 Perhaps, the pair is still waiting for the right time to finally settle down and start a family. But now, they are pretty focused on their career and enjoying their time together without any pressure of getting married. 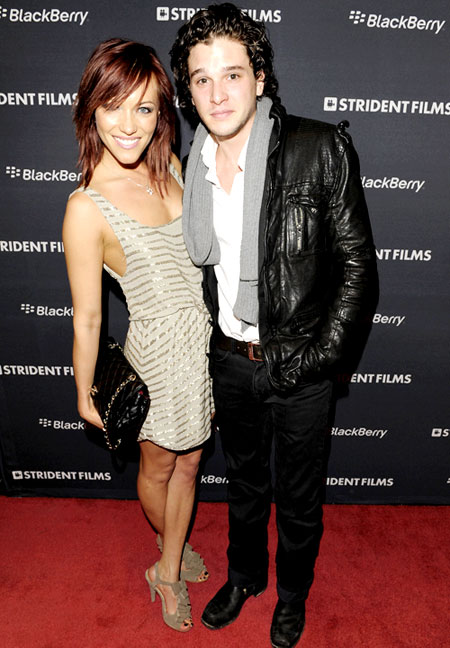 The pair dated for over eight months since March 2011 and had a brief relationship together. Sources report that the two split in November 2011 and have never been seen ever since.

Now, Kit is happy with his adorable girlfriend Rose and we really hope that this adorable pair soon tied the knots and start a happy conjugal life together.

We wish them best wishes for their future endeavors.