Home Article Who is Tinashe's current Boyfriend? Know about her Affair and Relation.

Who is Tinashe's current Boyfriend? Know about her Affair and Relation. 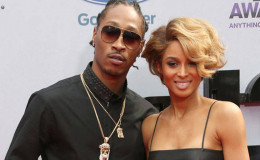 Tinashe has been in a relationship with celebrities like Chris Brown. But she is currently single and seeing Calvin Harris and Davido. Who is she dating then? Let us find out.

Tinashe Jorgenson Kachingwe is an American singer, songwriter, and a former model. Tinashe has been in a relationship with many singers like Chris Brown, Ty Dolla Sign, and Calvin Harris but none of that relationships worked out for her.

Is she currently dating someone or is single? Let us find out the truth.

Tinashe was recently spotted with Nigeran recording artist Davido. The couple recently shot a music video together named 'How long in Malibu Beach', California and they were spotted getting cozy with each other.

The image clearly depicts that even though they were shooting a video we can see how they are getting cozy with each other.

How long will you wait ... @tinashenow

Davido uploaded a picture of both of them together in his studio where he wrote, "How long will you wait".

We can say that the couple may be dating as they are now getting close and personal with each other.

He then again uploaded a picture of them and this time he wrote, "Can you make me feel number 1," which simply says that he is asking Tinashe to be with him and make him special.

Although the couple is yet to confirm anything about them but it really looks like they are feeling something for each other.

Tinashe was spotted with Calvin Harris as well !!

Tinashe was recently spotted with Calvin Harris as well as the couple was hanging out in swanky eatery Nobu in Malibu.

Calvin who recently broke up with Taylor Swift seemed to be already over her.

The couple first met each other while they were writing a song for Rihanna back in 2014.

Tinashe has been involved with few celebrities in her past. But the one that really took everyone's attention was her relationship with Chris Brown.

The couple made a video song together named "Player".

However, the couple's love story took an ugly turn when they were involved in a social media war with each other. Tinashe unfollowed Brown on his twitter account because he bad mouthed

Tinashe unfollowed Brown on her twitter account because he bad mouthed her friend Kehlani and that is when the relationship took a bitter turn.

Well that was in the past and currently she is rumored to be with Calvin Harris and Davido. Let us see which one of them she wants to be in a relationship with.