Home Article Who is Wendy Moniz's Husband? All the Details About her Married Life and Past Relationship

Who is Wendy Moniz's Husband? All the Details About her Married Life and Past Relationship 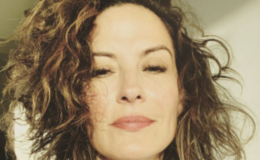 Wendy Moniz is a well-known television actress from the United States. In this article, learn all about Moniz's personal life.

Wendy Moniz is a well-known television actress from the United States. She has played characters such as Rachel McCabe in Nash Bridges and Louisa Archer in The Guardian.

Moniz portrayed Dinah Marler in the CBS soap drama Guiding Light and Elaine McAllister in the ABC drama Betrayal for two seasons, from 2013 to 2014.

Wendy Moniz Has Been Married Twice

Wendy Moniz has tied the knot two times. Moniz's first marriage was to David Birsner in 1991, and her second was to her Guiding Light co-star Frank Grillo. Both of her marriages ended in divorce. 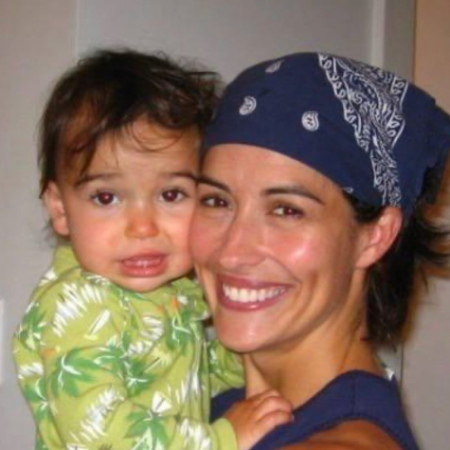 In 1991, while Moniz was beginning her career in the public eye, she wed her longtime partner, Birsner. The couple divorced in 1996. The couple did not have any children together.

As per People, Wendy was working on Guiding Lights when she met her second husband. Moniz and Grillo became romantically involved during their time on the show, and they went on to get married on October 28, 2000.

The lovebirds have two kids. In August 2004, they became parents for the first time to a son named Liam. Four years later, in January 2008, they welcomed their second son into the world, Rio Joseph. In addition, the couple is parents to Remy, who is Grillo's child from his first marriage to Kathy Grillo.

After spending nineteen years together, Moniz and Grillo's decision to end their marriage came as a complete surprise to the globe at the beginning of 2020. Their divorce was finalized in September 2020. Moniz wanted shared legal and physical custody of their two sons, even though the circumstances surrounding the couple's breakup are still unclear.

On January 19, 1969, Wendy Moniz was born in Kansas City, Missouri, United States. Her first role on television was as Dinah Marler, a character in the daytime soap opera Guiding Light, which aired on CBS. She was a series regular from 1995 through 1999, receiving two nominations for Soap Opera Digest Awards. 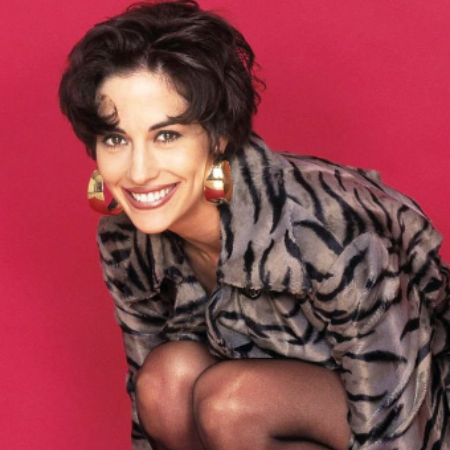 In 1999, Moniz was cast in part in the primetime drama pilot for CBS called Partners. In the same year, she played the female lead role in the critically praised version of Mitch Albom's book Tuesdays with Morrie, filmed for television. After that, Wendy became a regular cast member in the NBC comedy series Battery Park, where she co-starred with Elizabeth Perkins.

Wendy was cast as a series regular in the role of Rachel McCabe for the sixth and final season of the CBS television series Nash Bridges in the fall of 2000. She then appeared in the CBS series The Guardian as Louisa "Lulu" Archer, opposite Simon Baker in that role. The television show ran from the years 2001 through 2004. Wendy had a recurring role as Stacey Walker in the 2007 season of the ABC short-lived comedy-drama Big Shots.

In 2005, Moniz appeared as a guest star in an episode of the NBC courtroom drama Law & Order. Later on, she made an appearance in the FX series Damages as Jill Burnham between the years 2009 and 2010. It was initially planned for her to play Tom Selleck's love interest on the CBS police program Blue Bloods in 2010, but the part ultimately went to Andrea Roth.

Wendy later made appearances on the ABC daytime soap series One Life to Live in the recurrent character of Llanview Mayor Finn, who succeeded the outgoing Mayor Dorian Lord in 2011. She also played a role in the 2012 ABC sitcom 666 Park Avenue season.

Moniz was cast opposite Stuart Townsend, James Cromwell, and Hannah Ware in the March 2013 season premiere of the ABC drama series Betrayal, directed by Patty Jenkins and based on the Dutch drama series Overspel. Moniz was selected to play the lead role in the 2014 independent drama film The Grief of Others, directed by Patrick Wang.

Wendy has since made guest appearances on episodes of Daredevil and House of Cards, both of which air on Netflix. In 2016, she was cast in a recurring role as a love interest for her real-life husband Frank Grillo, who plays a character in the drama Kingdom that airs on DirecTV.

Since 2018, Moniz has portrayed Governor Lynelle Perry in the drama series Yellowstone, which airs on the Paramount Network. She now has the position of series regular for the fifth season.