Home Article Hulk Hogan was accused of cheating wife Linda Hogan: The couple got married in 1983 and was divorced in 2009

Hulk Hogan was accused of cheating wife Linda Hogan: The couple got married in 1983 and was divorced in 2009 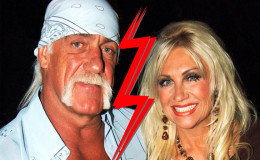 Hulk Hogan is an American wrestler who is best known for his time in WWE. He has been married twice and has two children. Find out more about his current life.

Hulk Hogan aka Terry Bollea has had a marvelous professional career and has garnered the millions of fans, not only from the country but from the whole world. All of his personal life is like an open book to all of us.

Recently, he has returned to the big screen and strikes down a new contract with WWE and many of her fans are happy about the news.

He has had a lot of scandals during his entire career and today we are going to reveal a lot of information about his entire personal life. So all of you Hulkamaniacs get ready!!

Come back to WWE

So recently, WWE uploaded a picture of Royal Rumble 2003 in which Hogan and Triple-H are duking it out. It has been said that the Hogan and WWE are finally getting back together. 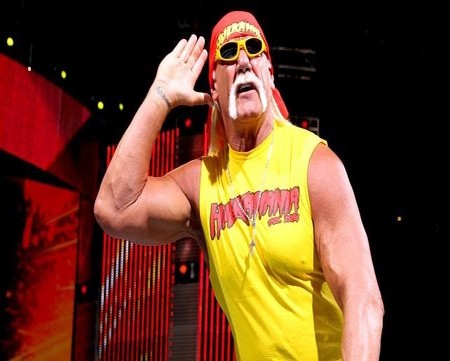 Although, Hogan has not confirmed the news himself but wrestling journalist Dave Meltzer said that slowly and steadily the void between Hogan and WWE is slowly filling.

Hogan continuously updates his twitter account and posts related to WWE. Many of his fans always ask if he is ever going to come back and he indirectly gives signals that he will be coming.

If he is back then all the Hulkamaniacs would be very pleased to see him back.

Many of Hogan fans has eager to see their idol come back to the screen and fight just like he used to do. But there must be a reason for the termination of his contract. Read on below.

Fired Due to Making Racial Slurs

In 2015, Hogan cut all the ties with WWE due to the fact that he made a racial remark against his daughter's boyfriend and also recalled working with WWE Hall of Famer Booker-T. 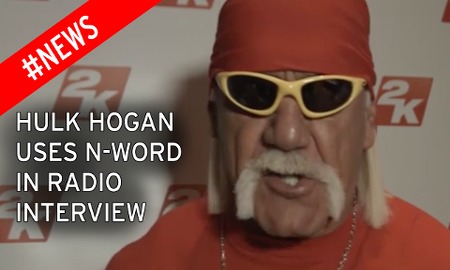 According to Rolling Stone, during an interview session on a radio show, he used the N word in the interview which is very offensive.

He also said that "I am racist, to a point, fucking niggers," and adding "I mean, I’d rather if she was going to fuck some nigger, I’d rather have her marry an 8-foot-tall nigger worth a hundred million dollars! Like a basketball player!"

But Whoo Kid who took the interview of Hogan said that there was nothing offensive about the interview. His daughter has also supported him at that time. 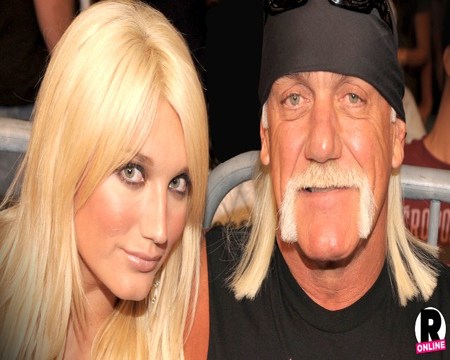 "WWE is committed to embracing and celebrating individuals from all backgrounds as demonstrated by the diversity of our employees, performers, and fans worldwide."

After the incident, Hogan issued an official apology statement and said that he was sorry about the incident and also claimed that he is not this type of man. This kind of language is very offensive to his beliefs.

WWE, after terminating his contract also revoked him from the title as The Hall of Famer, which Hogan won decades ago.

All of the Hogan merchandise and videos were instantly removed and when try accessing the page it said Unrestricted Access.

In the storm I release control,God and his Universe will sail me where he wants me to be,one love. HH

Well, if he makes a comeback to the WWE then all of the Hulkamaniacs will be overjoyed and we really want that day to come. Controversy with the WWE is the not the only controversy he was involved in.

Hogan and Linda married on 18 December 1983. Both of them have two children between them named Brooke Hogan and Nick Hogan.

Their marriage life was going very good and after staying together for more than 25 years they got separated. 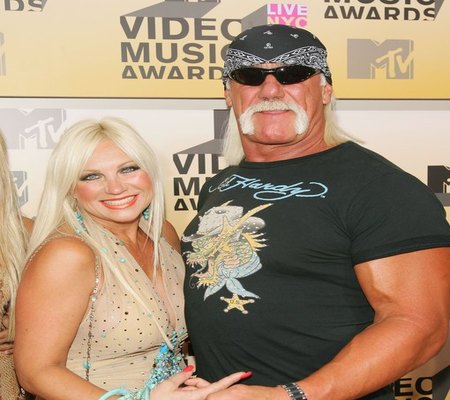 Linda and Hogan separated in 2007 and Linda filed for divorce the same year. The divorce was finalized in 2009 after two years of battle in the court.

The reason for the divorce was that Hogan was cheating on his wife by having affairs with his best friend Bubba the Love's wife Heather Clem.

He was caught having sex with her and the video was published online on Gawker's website.

It was one of the biggest scandals of that time and Hogan dragged Gawker media for violating his privacy. He said that his privacy was violated and he did not know he was being recorded. 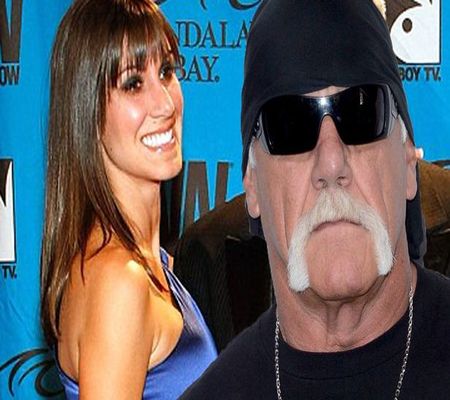 She said, "I was asked to go to Mr. Bollea’s room by my husband, and I did,” Cole said, using Hogan’s real name, Terry Bollea."

When the judge asked her if her husband used to choose whom she will have sex with she replied, “On the occasion that I had sex with someone other than him, yes,”

Winning the case with Gawker Media but losing something more precious

Even though he was surrounded by many bad things one thing that you worked for Hogan was that he won the lawsuit against Gawker and he was compensated by 112 million in damages and the Jury awarded an another 25 million in punitive damages. 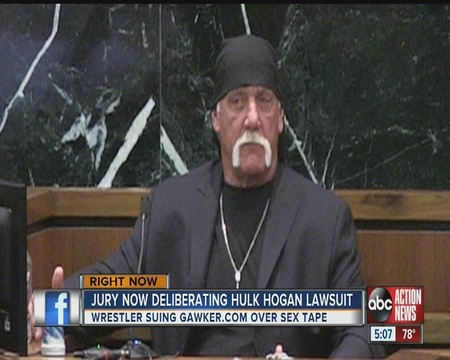 Hogan has had many things to worry about like an attempt to suicide due to the separation from his wife. He claimed in his book that he had attempted suicide as he put a gun to his mouth but was not able to do it.

His wife Linda when reading the letter that she wrote for Terry, broke down at the spot as she blamed him for ruining their 25 years of marriage together.

After the settlement of their separation, Linda got 40 percent of Hogan's company share and 70 percent share of liquid assets which was 7.74 million from 10.41 million dollars. Additionally, she also got 3 million dollars

Additionally, she also got 3 million dollars from the property settlement.

Life after Separation with Linda

Soon after he was separated from his wife he started an affair with his daughter's friend Christiane Plante. But it was just a small time hookup. 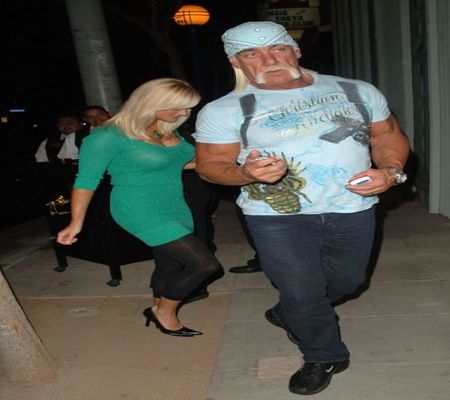 Then he started dating Jennifer McDaniel in 2008, and they got married on 14 December 2010. The couple exchanged vows, Clearwater. 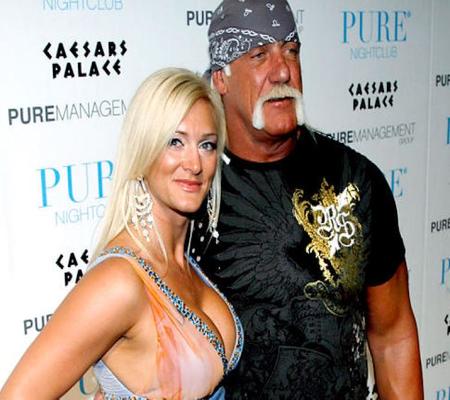 But it looks like wherever Hogan goes controversies surround him as a fight broke out in the wedding.

One of the Paparazzi photographer Robert Martinez tried to approach the wedding from the rear view and one of the guards spotted him and the two duke it out.

The cops were called and both of them were removed from the scene and the wedding was done in a smooth fashion.

Hogan's children Brooke and Nick participated in the ceremony and apparently Nick was the best man.

Whereas Linda got into a relationship with Charlie Hill, but it looks like that Charlie was being treated like a Holding up a sign at Depot.

He has filed a lawsuit against her for making him do manual labor all the time.

He said that she would order him to wax the Yacht, dig a creek and fertilize lands with avocado trees.