Home Article Is actor Al Pacino Married? Know about his wife and children.

Is actor Al Pacino Married? Know about his wife and children. 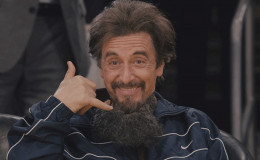 Al Pacino has had many girl friends in his past. But the actor is still not married yet and on top of that he has three children with his ex-girlfriends.

Alfredo James "Al" Pacino is an American actor best known for his role as Michael Corleone in Godfather Trilogy.

Al Pacino has his share of relationships with different women throughout his career. Recently he was dating Argentinian model Lucila Sola. He is still unmarried but has three children between him and his ex-girlfriend. let us find out more relating his personal life.

Al Pacino and his ex-girlfriends

Al came to fame after playing the iconic role of Michael Corleone in the movie The Godfather. After that, he has been into many relationships.

His first relationship was with American actress Jill Clayburg. They dated from 1967 to May 1975.

After his break up with Jill, he was in a relationship with German model Veruschka von Lehndorff.

Al was then linked up with American actress Diane Keaton. They dated from 1971 to 1991. The couple dated each other on and off the sets for many years.

In 1972 he was again linked with American actress Tuesday Weld and he himself confirmed that they were dating each other.

From 1979-1981 he was in the relationship with Kathleen Quinlan who is also an American actress.

In the late 1980s, Al dated acting teacher Jan Tarrant. The couple has a child together.

After breaking up with Jan, he dated Australian film director Lyndall Hobbs. They were together for 7 years. From 1990 to 1997.

Likewise, in the late 1990s he has an affair with American actress Beverly D'Angelo from 1997-2003. The couple has a set of twins with each other.

Even though Al has had so many relationships in his past it seems he hasn't found the one who was ready to be his wife.

He is now 76-years-old and he hasn't been married once.

Children with his ex-girlfriend

Al has a total of three children from his two girlfriends. He became a father for the first time when he was 49 years old.

Al became a father for the second time when he was 60 years old. His then girlfriend Beverly D'Angelo gave birth to a set of twins named Anton and Olivia on 25 January 2001.

Until recently, Al was rumored to be dating Argentine model Lucia Sola.

When he was asked about his thoughts regarding marriage he said, “Of course it’s possible.” Well 'Better late than never'. We wish him all the best for his upcoming future.