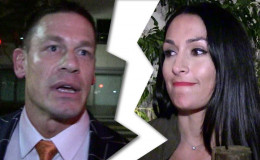 John Cena and Nikki Bella Will not Marry; They Announced their Separation on Twitter; The duo was dating since 2012 and was in a Relationship for 6-years; The duo got engaged last year in Wrestlemania; Also, see..

Looks like the WrestleMania 33 fiasco is over at last!

Professional wrestler, John Cena, and his fiancee, well for a short-period, Nikki Bella. The tragic news came after the official account of Nikkie & Arie announced they are separating. 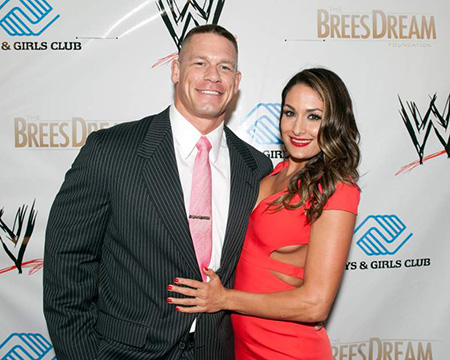 John Cena and Nikki Bella are no longer together
Source: Heavy

The two famous wrestlers were one of the hottest couples in the world of pro-wrestling and their relationship even laster for more than 6-years.

We love you all N pic.twitter.com/ooACLFXeMv

"After much contemplation and 6-years of being together Nikki Bella and John Cena announced today their decision to separate as a couple."

"While this decision was a difficult one, we continue to have a great deal of love and respect for one another. We ask that you respect our privacy during this time in our lives."

The duo was dating since 2012, and quickly became one of the followed relationships all around the WrestleMania. The couple even showed their fans glimpses of their relationship in the show, Total Bellas.

John made sure to propose his long-term girlfriend in a big fashion. During the end of the couple's match, the wrestler got down on his knees and proposed his girlfriend in front of thousands of fans in Orlando, Florida.

Their fans even reacted to this bad news all over the social media.

John Cena and Nikki Bella recently broke up. There's no such thing as love. pic.twitter.com/VVv9M80g33

My Twitter timeline with this John Cena and Nikki Bella breakup news... pic.twitter.com/L7xZfbkRRW

Well, we once again show our deepest regret after the news came out. We would want them to recuperate in this difficult situation.