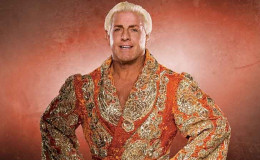 After a number of failures in his romantic life, it seems that the wrestling legend finally spotted his true love. He fell in love with Wendy Barlow six years earlier. The couple is soon to celebrate one month of being lawfully wedded husband and wife.

Ric Flair walked on the aisle for the fifth time!

The wrestling pro, 69, tied the knot to longtime love Wendy Barlow on 12 September 2018 in Florida. The ceremony was held on the rooftop of the Pearl Hotel in Rosemary Beach. 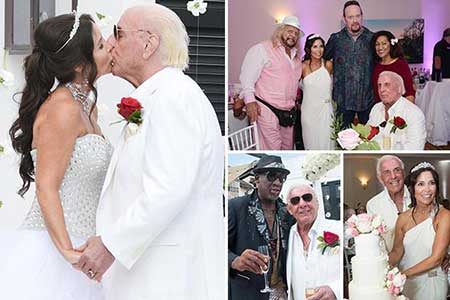 The lovebirds told in a statement that their dream finally became true. Flair further added,

"I married the love of my life yesterday."

The happy groom wore a custom David Alan Black Label white suit while the gorgeous bride rocked the event in a form-fitting sparkly bodice and a tulle skirt.

The grand occasion took place just a year later since he stared death in the face. When he was rushed to the hospital in August 2017 and kept in the condition of medically induced coma due to congestive heart failure, his love life Wendy was by his side.

His daughter Charlotte Flair, who is a WWE star herself was among the attendance. She shared many snaps and clips via Instagram. The 16-times world champion's family members and close friends including The Undertaker, Dennis Rodman, and Michael Hayes also attended the grand ceremony.

Flair and his current wife Barlow have been dating for six years though they knew each other much before that.

Flair shared the images of his wedding the next day via Instagram.

Let's congratulate the newly wedded couple for a blissful life together. We wish to see them together until the end.

Ric Flair's Past Affairs And Relationships

Flair married his first wife, Leslie Goodman in 1971 and spent 12 years as husband and wife. They have two kids together a daughter Megan Flair and a son named David Flair.

His son David is a semi-retired professional wrestler.

The couple separated with an official divorce in 1983 and it was the same year he tied the knot to second wife, Elizabeth Harrell. They have two children, a daughter Ashley Flair and a son Reid Flair. Flair and Beth ended their marriage in 2006 after 23 years living together.

His younger son Reid signed a developmental contract with WWE near the end of 2007. He was a professional high school wrestler. Also, he made several appearances on WCW television along with his sisters Ashley and Megan. 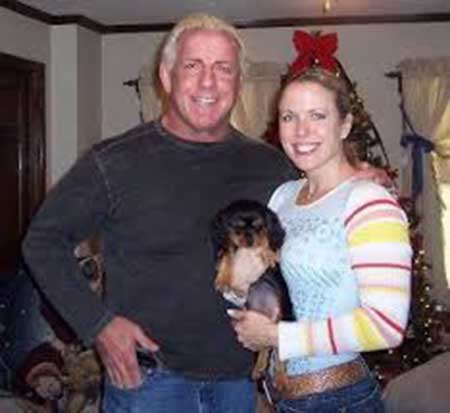 He married a fitness competitor Tiffany VanDemark on 27 May 2006 but they couldn't manage to be together for more than two years. Their divorce was finalized in 2009.

He fell in love all again soon after the divorce. He married his fourth wife, Jacqueline "Jackie" Beems in Charlotte. The two filed for divorce in 2012 which was finalized in 2014. 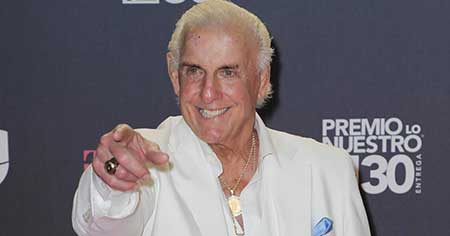