Home Article Yanet Garcia Was Dumped By Boyfriend Over Call Of Duty; All The Affair History

Yanet Garcia Was Dumped By Boyfriend Over Call Of Duty; All The Affair History 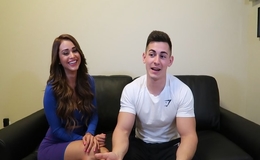 Here's why the ex-boyfriend of Yanet Garcia took the biggest L when he dumped the hottest meteorologist over a video game.

Imagine dating the hottest weather news reporter, Yanet Garcia who is also a fitness pro and a social media influencer, only to dump her over a freaking video game. Meet YouTuber and gamer Doug Censor Martin, also known as Faze Censor, who is actually more notorious as the guy for dumping Yanet for video games.

Mexican beauty Yanet and her former boyfriend, Censor dated since 2015 after the gamer actually flew to her home country to meet the popular reporter in 2018. For your information, Censor is three years junior to Garcia. 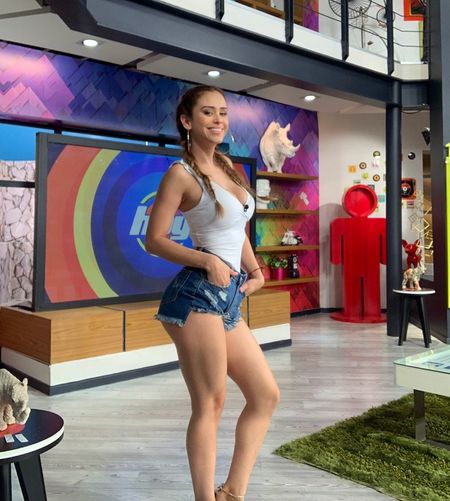 Romance sparked between them instantly and not long after that, the young people were in love. Yanet even shifted to New York from Mexico in an apartment along with Doug, to avoid the long-distance relationshp thing. Unfortunately, after three years as a boyfriend and girlfriend, Yanet and Faze parted their ways. More like, Doug dumped Yanet.

Censor Was The First To Announce The Break-Up

To announce the shocking news, the videomaker took to YouTube to share a video titled 'We Broke Up' and explained with reasons behind what caused their split. And, to shed light, Doug blamed his busy schedules expressing how he couldn't take care of his dogs, house and failed to focus on the then-upcoming Call of Duty competition.

Doug, ironically, lost the game, though. the influencer, however, also claimed he had no hard feelings for his ex-girlfriend and that he still wished her nothing but the best. On the other side, the Sharknado cast never addressed on their split apart from tweeting 'heartbroken' with a sad face emoji a while after Doug posted the announcement video.

A year later, both Yanet and Doug have moved on and found new love in new people. After all, what were they supposed to do? Be stuck over the same heartache and miss on the other opportunities? Nah.

It's reported Garcia and her new man none other than the handsome hunk, Lewis Howes, met at the end of 2018 but took their relationship to the next level in early 2019. Yanet's current boyfriend is a media personality and a retired footballer.

Both Yanet and the author of The School Of Greatness fully support and are not even shy of showcasing their love for each other on social media. As a matter of fact, for Lewis, his girlfriend is the woman who inspires him every day and someone he feels lucky enough to have in his life.

If you see his Instagram, you can find him regularly gushing over his beautiful partner. But, hey if you were dating Yanet Garcia or one of the hottest women, who wouldn't, right? Just Kidding!

The couple, however, is not engaged or married yet. But, as serious as they are and strongly committed to each other, maybe the wedding is on the cards soon in the nearest future.