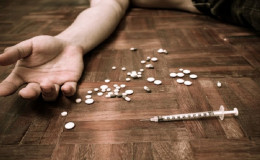 Drugs and Deaths have become an alarming problem in America raising the concern of everyone around the country. Mothers losing their sons, sons losing their mothers or the loss of your best friends and partners is both emotionally and physically painful.

Drugs and Deaths have become an alarming problem in America raising the concern of everyone around the country. Mothers losing their sons,  sons losing their mothers or the loss of your best friends and partners is both emotionally and physically painful. What most don't understand is that the death is not the easy way out as it affects the lives of everyone around the victims.

This takes us to a heart-wrenching story of a big brother who lost his little brother at a very young age due to the drug overdose. Brandon Wood, brother of Stephen Wood was found unconscious in his apartment and rushed to the hospital but it was already too late.

There are thousands of stories like this, some of which have come on to the light, some not and the bereaved brother, Stephen has written a powerful message about addiction that needs to be heard by everyone.

"[D]on't let him die for nothing! Get the help you need and get clean—if not for you, then for your family. You're not invincible, your time is short.."

Love What Matter, a Facebook page posted a powerful status written by Stephen Wood, about addiction, his loss and the hard times he and his family face after the death of his little brother, Brandon.

"This isn't easy but I want to speak directly to Brandon's friends and enablers, and anybody else struggling with addiction...

Tuesday night, I was at my grandma's house for a normal visit. My new wife and I had just gotten back from our honeymoon the day before. The phone rang and my grandma answered with a sarcastic: 'What?' But the mood quickly changed and I knew what the call was.

I rushed to Brandon's girlfriend's apartment where her and my mom were standing in the parking lot, losing it. I kept it together pretty well until I climbed in the ambulance and looked at my little brother lying there, knowing he was gone...."

He further describes that he was completely numb and paralyzed for many days, as he had restless, sleepless nights, panic attacks when the phone rang with a heart filled with regrets and guilt that he couldn't save his little brother. 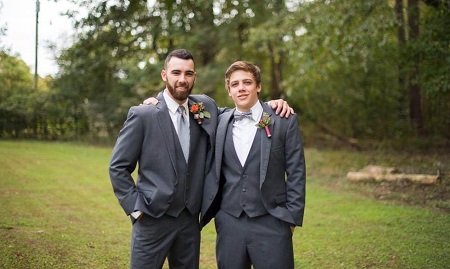 Stephen Wood(L) with his brother Brandon(R) at his wedding, Source: Facebook

Stephen writes that he carried out all the final rites of his brother, from picking out the suit, organizing a funeral to buying a casket for his burial. But this is not it as he pleads everyone to rise together and fight against this condition. He writes,

"So, to his friends who are doing the same things he was, what I want to say to you is: How badly I want you to use his life to turn yours around... It's too late for him, but there is still time for you! You think the drugs are only affecting yourself, but what you don't know is how much it impacts everyone around you." 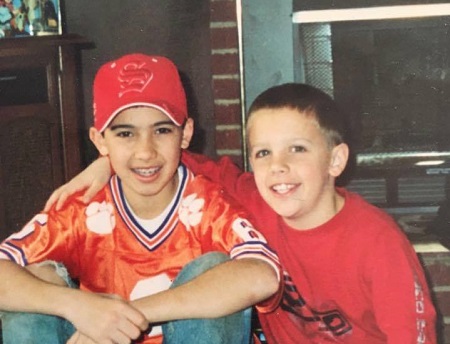 Stephen and Brandon when they were little, Source: Facebook

Wood also shed light on how young people are trapped into addiction and crimes where they are murdering each other just for a cheap blow out. It makes him really mad how they're doing this despite the conscience requesting everyone to not waste their lives. He finally writes,

"I want you to know this isn't why you were put on this Earth. If you turn your life around, there is so much you can do. Think of the people you can help! Get a real job, make your own money, do something for which you can be proud."

An article published this year in The New York Times provides the data from all around the state that shows the extent of drug overdose epidemic in 2016. It exceeded by a whopping 59,000 cases of deaths in the United States in just a year making drug overdoses the leading cause of deaths in America.

Times too published the report where the death count increased by 19% in 2015 and is expected to rise in the future as well. Opioid, heroin and other deadly mixed drugs like fentanyl are causing a public health crisis in the nation.

Prevention is better than cure and if not, recovery is always possible to create a drug-free and safe environment for the youngsters and future generation.