Home Article Rosanna Pansino Is One Of The Highest Paid YouTubers-How Much Is Her Total Net Worth? Her Sources Of Incomes And Assets

Rosanna Pansino Is One Of The Highest Paid YouTubers-How Much Is Her Total Net Worth? Her Sources Of Incomes And Assets 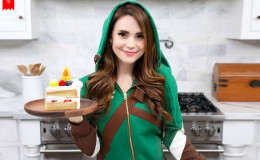 Rosanna Pansino is going off the roof when it comes to making money on YouTube. Leaving her childhood dream to be an actor, she focused on YouTube instead which turned out to be a moneymaker. This YouTuber is going way up doing her videos. How much does she earn by making them? Let's see what we know about this famous baker.

Rosanna Pansino is currently one of the highest paid YouTubers. Leaving her childhood dream to be an actor, she focused on YouTube instead and started a show titled Nerdy Nummies which turned out to be a moneymaker.

How much does Pansino worth? What are her sources of income? We have all the details of her assets and lifestyle here!!

Famous YouTube star Rosanna Pansinno is popular for her love of baking goods which turned into a multi-million dollar business. She was first introduced to cooking by her grandmother. She joined YouTube in 2010 and the success of her bakeries showed the result in 2011. 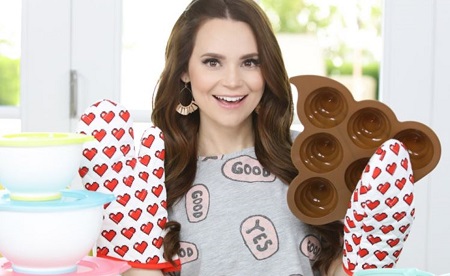 The YouTuber is about to reach 10 million+ subscribers on YouTube and has more than 2 billion+ views. Before she appeared on YouTube, she was pursuing her first love, acting. She told Huffington Post,

"In high school, I participated in drama club and theater. Although no one in my family worked in entertainment, it's what I wanted to do more than anything. I decided to pursue it after college, so I moved to Los Angeles and took any oddball jobs I could find."

She was forced to choose between her movie career and her youtube channel. While working in Hollywood she was given a choice. she said, "My agent pulled me into a meeting and told me I had to choose,". They said,

She gave up her childhood dream to continue her YouTube channel. She said,

"I decided I'm going to do this," she recalls. "I'm not going to let YouTube go. My agent's going to drop me. And he did. That's when I totally invested 100 percent of my time and my life savings into my channel."

Seems like Rosanna did the right thing as she is one the most earning Youtubers.

Rosanna Pansino's Earnings: One Of The Most Paid YouTubers

In 2016 Pansino was one of the top ten highest paid YouTubers with an estimated earning of $9 million. While appearing in the Annual VidCon convention in Anaheim she said money has not been behind her creation.

"From the very beginning, right when I started making videos on YouTube, money wasn't even a factor,"

She has also written a cookbook, "The Nerdie Nummies: Cookbook: Sweet Treats for the Greek in all of US" which was listed as the best selling book by NewYork Times. She invested her first savings to Nerdy Nummies which was $20,000. Her book sales at Amazon is increasing rapidly. Hardcover of her book is selling at price range of $20.99-$39.47. 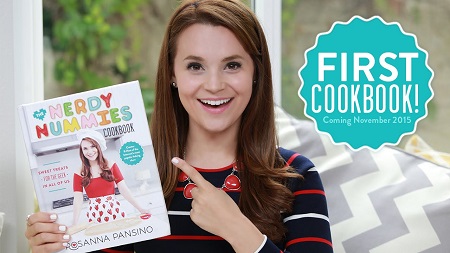 Speaking of the endeavors, she has also established her own baking line. Her products price ranges from $4-$44 on Amazon.

This millionaire also makes money from endorsement deals. She has worked with many brands like Wayfair, Home and Family TV and Wilton Enterprises for branded series. Considering this, it's no big of a deal for her to make six figures a year.

She has a $4 million worth lavish house in Los Angeles, California. The house is described as a "custom Cape Cod Hamptons estate". It consists a brown hardwood floor, three-car garage, fireplace, and bookcases. The home is jointly owned by her boyfriend Mike Lamond.

Here is the video of Rossanna where she is giving the tour of her new house. 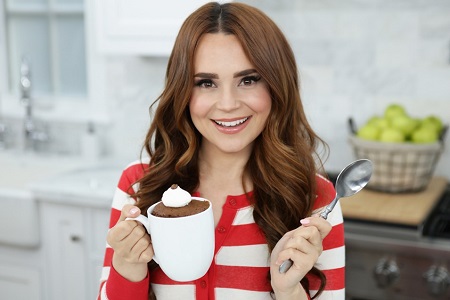