After split from wiz Khalifa,with whom Amber Rose dating now 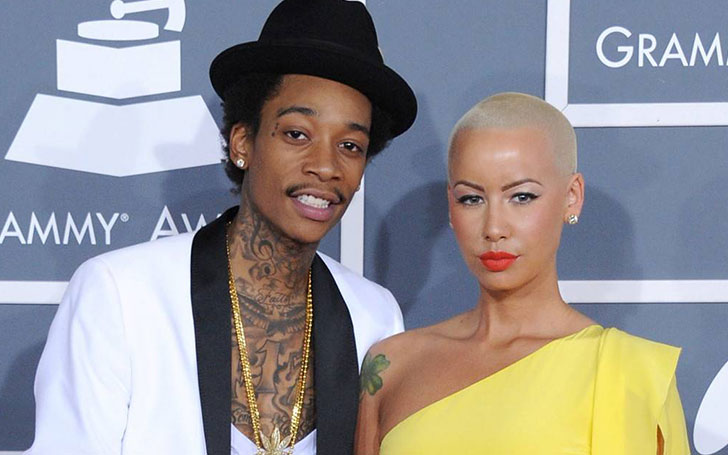 High Profile celebrities dater Amber Rose might be looking for a new love story after the end of 3 years long married life with Wiz Khalifa.Is she done with her divorce?

Amber Rose, with a profile of dating some high-class celebrities since 2009 have not been noticed by anyone else in these recent days. She made herself a hot buzz after she started dating Kanye West. They started dating in 2008 and put an end to it in 2010.

After she moved away from Kaney. She was spotted with the king of raps Wiz Khalifa. The blond shaved-haired beauty and the famous American rapper went quite deep with their relationship.She eventually tied the knot with Khalifa in the year 2013 with whom she later conceived a baby.Amber Rose caught Khalifa cheating her and found him making love with the twins Jas and Ness Rose in one of his homes.See the video to know what really happened:

After the scandalous incident amber filed for a divorce and the couple officially got separated in 2016.

After the divorce, she was later spotted with 25 year NBA star of Toronto raptors Terrence Ross. But this relationship did not help to kind of deep affection in any of them. Maybe it was hard for amber to build up a new relationship so early after the end of her 3-year long married life. Henceforth this couple didn’t make it to the love league. A few months later they were completely out of each other's life.

Recently she is spending a lot of time with her partner from Dancing With the Stars,Maksim Chmerkovskiy. The have been spotted spending some time together off set too.

Tomorrow night is the @dancingabc Premiere LIVE!!! ?????? Tune in and make sure you Vote for us!!! MUVA X @maksimc #TeamSpicySalsa! Southern California check ur local listings the time might be a lil different ????????

She is also spending time with her divorced husband Wiz Khalifa and their son Sebastian. So far we can say she’s having a lot more in her life.I guess she’s having a lot of trouble with holding on to her love affairs so she might just take a time out from everything and make some space before she starts seeing someone else.Will she reinstate her divorce and get back together with Khalifa or she will get going with Maksim Chmerkovskiy! It’s still unpredictable.