R. Kelly is currently facing 10 counts of sexual abuse and amid all that he continues to face more accusations of ill behavior outside of the courtroom. 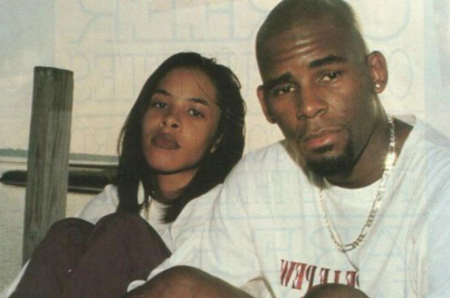 R Kelly accused of having sex with Aaliyah's mother
SOURCE: Consequence of Sound

During an interview with Vlad TV, Van Allen made the accusation against the Chicago singer. Lisa talked about how smoothly he went to the living room of her house in Detroit and indulge in a romance with sexually attracted mother.

“He actually stayed at their home in Detroit and her mother actually was sexually attracted to him as well. And he said when Aaliyah went to sleep, he would go in the living room and him and her would do sexual acts on the couch while Aaliyah was sleeping in the bedroom.”

Reportedly, Lisa mentioned that he allegedly involved in a romance with Diane while he was in a relationship with Aaliyah. However, Kelly denies doing any such kind of inhuman behavior and noted that Van Allen is just trying to smear his name.

Surviving R. Kelly, documentary series sheds the light on Kelly's relationship with the late Aaliyah, who was only 15 years old when she married the singer.

Kelly's attorney, Steve Greenberg, mentioned that Aaliyah lied about her age, while Allen and numerous others compiled their message to say that Kelly coerced Aaliyah into signing paperwork that claimed she was 18.

You May Like: Freed at last? Disgraced Record Producer R. Kelly released from Prison After Child Support Payment Made on his Behest

Also, numerous people who worked with Kelly and Aaliyah stated they saw the two engaged in sexual contact.

Kelly is due back in the court on March 22 this Friday for the next hearing in his sexual abuse case.