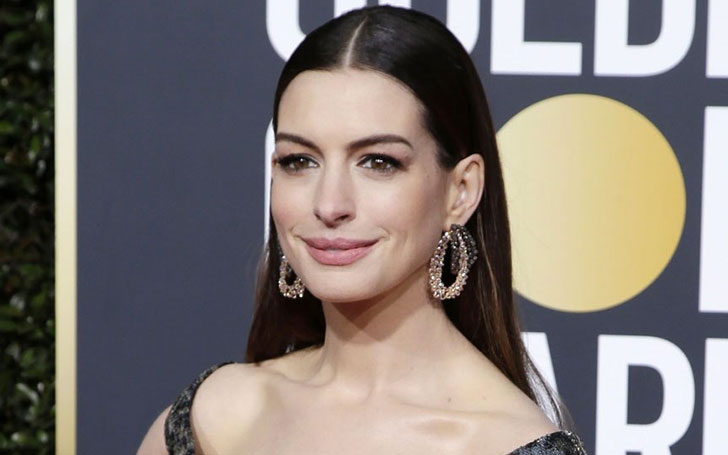 Anne Hathaway, who has recently given birth to her first baby with husband Adam Shulman, has revealed her happiness and delight for becoming a mother.

Anne Hathaway, who has recently given birth to her first baby with husband Adam Shulman, has revealed her happiness and delight for becoming a mother. The 33-year-old beauty gave birth to their first child on the 24th of March, 2016. The birth took place in Los Angeles and the baby boy has been named Joathan Rosebanks Shulman. By the looks of it, it seems that this pretty beauty is pretty excited and delighted to become a mother.

Sources close to the couple reveal that the baby is healthy and looks good. The couple is ecstatic over being parents and they are looking forward to their experience as the parents of the beautiful boy. The couple dated for some time and after being engaged decided to get married in 2012. Anne got a husband after they got married in a private ceremony in 2012 in the Big Sur. Their relation has been going strong and they have been living happily together ever since and their happiness has been doubled by the arrival of their baby in the family. She had shared her need and her excitement of being a mother to the Vogue Magazine in an interview in 2013 and it sure now seems that the dreams of the pretty beauty have turned out to be true.

Anne revealed her pregnancy back in November 2015 and her exciting new role of being a mom has been fulfilled now. While the beautiful mother revealed the pictures of her baby bump at times, she has been out of the limelight for quite some time following her pregnancy. This delightful actress who has managed to win the hearts of million through her acting credits will surely return back to acting with a bang, and will ensure to play the role of a working mom pretty well in the years to come.