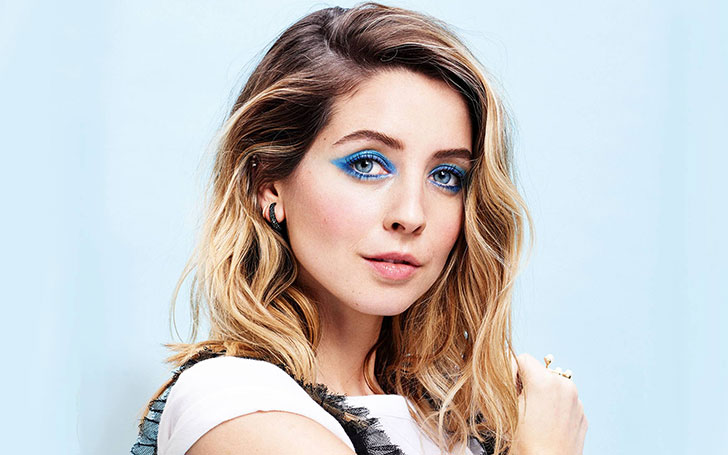 Zoe Sugg and Alfie Deyes have constantly been surrounded with rumors of their split and their personal issues with each other.

Zoe Sugg and Alfie Deyes have constantly been surrounded by rumors of their split and their personal issues with each other. Moreover, they have recently been surrounded by rumors of either being engaged or going to have a baby after Alfie revealed that something exciting was going on between them. This led their fans to speculate, have they been married? Turns out that the answer to this mind boggling question is a big no.

While the YouTube star seems to be extremely happy with her boyfriend Alfie Deyes they are not taking the second step to their relationship. The rumors of the couple going to enter into a marriage have been started after he revealed that something exciting was going to happen the next day. However, it seems that the rumors that were spread like fire all across the news tabloids turned out to be a hoax after all. Zoe 25, made the news clear to the fans stating that neither is she pregnant or engaged. So it can be safe to say that the couple has not been married and will tie the knot only after a long time together.

Fans are a bit disappointed after the revelation of the fact that the couple has not been engaged and are not moving on towards a marriage. They are one of the sweetest couples in the entertainment business and have been together since 2013. They are referred to as Zalfie collectively and they have moved in together since October 2015. They live together in a house and the pictures of their sweet kiss and the Vlogs of the duo have been searched widely by their fans across the world. Zoella surely is not married to Alfie Deyes but it can be said for sure that the couple is getting along pretty well with each other with no imminent signs of a split.