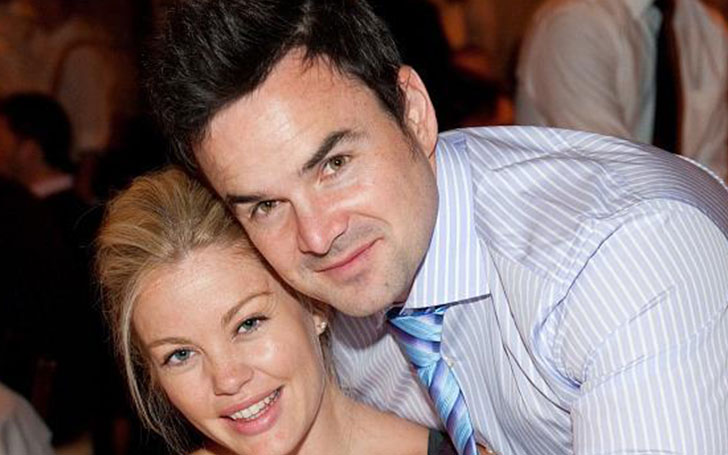 Bree Williamson and her husband, Michael Roberts, are still going strong as their 8th anniversary looms large. The stunning actress, Bree, who has appeared in commercials for Pepsi and Tostitos, is said to be relishing this day. The couple who got married in 2008 are living a jolly life and are more than pleased to have given birth to their first child, McGreggor Edward Roberts on September 2010.

That was the second wedding of the actress, who appeared as April Littleton, a famous photographer going back to her hometown, in Portrait of Love. Her first marriage was with Josh Evans, who was her boyfriend for a while before they married on December 29, 2005, but their love didn't last long as she announced that she and Evans had separated in June 2007.

Things slowly changed for the better for Bree Williamson when after months of an affair, she swiftly married Michael in a closely held marriage ceremony. The couple is said to have an even more intimate affair after JR Roberts's arrival. Although they are nearing the 8th anniversary, the sources close to them reveal that they are one small happy family with no imminent signs of divorce or of any problems, for that matter. One source close to them was caught saying ' Time has only made their love more strong. For many, time creates disputes, but for them, it has worked as a bonding agent. They love each other a lot, have a wonderful relationship, and I hope they stay together forever.'

The news comes as a shock to some as rumors about their separation have been speculated in the media by some quarters. There have been constant speculations about them in the recent times but this news is thought to at least quash the rumors for the foreseeable future. We -'The Marriedwiki team'- would like to wish Bree and Michael a long and prosperous married life.